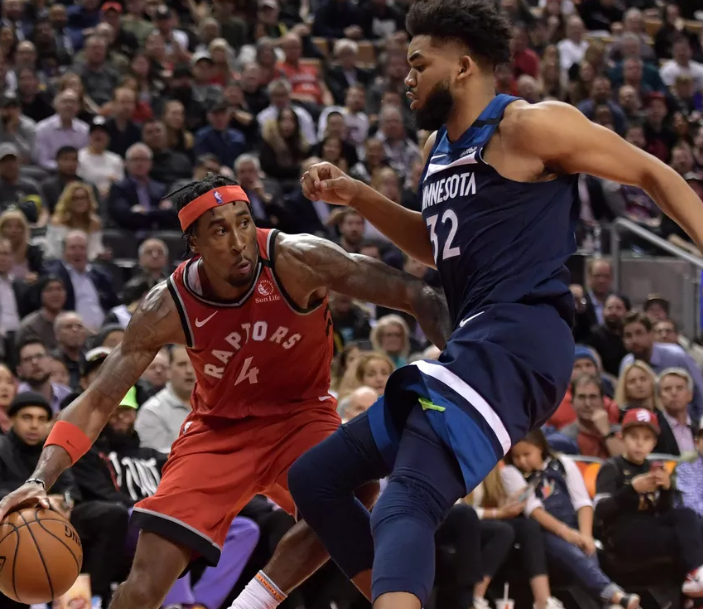 Toronto proves they mean business no matter what obstacles get thrown their way.

And so the Toronto Raptors have added yet another consecutive win to their historic streak, marking number 15 against the Minnesota Timberwolves on Monday.

This time, Toronto was able to pull this off without Marc Gasol and now Serge Ibaka - all while having to outshine ex-Warrior D’Angelo Russell’s fresh Timberwolves debut. (Russell had 22 points and five assists in just 32 minutes).

"I think we can win right?" said Raptors coach Nick Nurse. ”I think these guys have proven enough that they can win. We've had a lot of injuries this year, but they just keep stepping up and playing and we've just gotten used to it.

"You at least have to go out and give a great effort, give yourself a chance to win, and don't let them play harder than you. If you think you're under-talented or undersized or whatever, then you've got to take your energy and toughness up a notch and I think we've done that most nights."

"We've barely had our team and we've always had to adjust and figure it out," said Siakam.

"Guys know now that you have to be ready every day. You never know what's going to happen. Today you might be sitting on the bench and the next day you're starting. That's just got to be the mentality and I think everyone knows that."

Timberwolves coach Ryan Saunders, whose team just broke a 14-game losing streak on Saturday in a win vs. the Los Angeles Clippers, couldn’t help but tip his hat off to Toronto.

Wednesday: Toronto will go on to play the Brooklyn Nets in their final matchup before the All-Star break, with the Timberwolves facing the Charlotte Hornets.