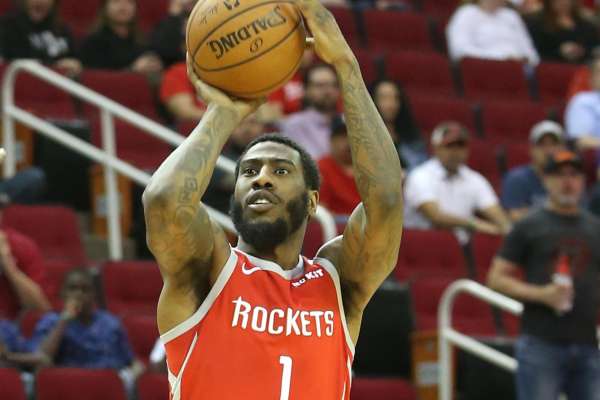 It’s a special time for Houston.

In Sunday night’s game against the Phoenix Suns, the Houston Rockets secured a 149-113 win and broke their NBA record for the most 3-pointers made in a single game (27).

The team tied a season-high 77 points by the first half of the game, and ran with a 30-point lead into halftime.

But the bulk of Houston’s victory took place in the last several minutes of the game, with Gary Clark tying the record with a little over 3 minutes left, and Austin Rivers breaking it with just 1:09 remaining.

"There was no choice," Rivers explained. "The ball was coming to me."

Rivers claims he didn’t realize they were even close to breaking the record until he heard the encouraging fans hollering at the team to take more 3s.

"I think it made it interesting, especially toward the end," Rivers said. "It made guys play for something else. When you're up by like 35, 40 points, that's a lot of points."

"As a young team we have a lot to learn ... we didn't necessarily play smart,” he said.

Currently, the Rockets sit at 53-28 in the third seed of the Western Conference. They have just one game to go this regular season; up against the Oklahoma City Thunder this Wednesday.