Salt Lake City Falls In Love With The Young3 Experience 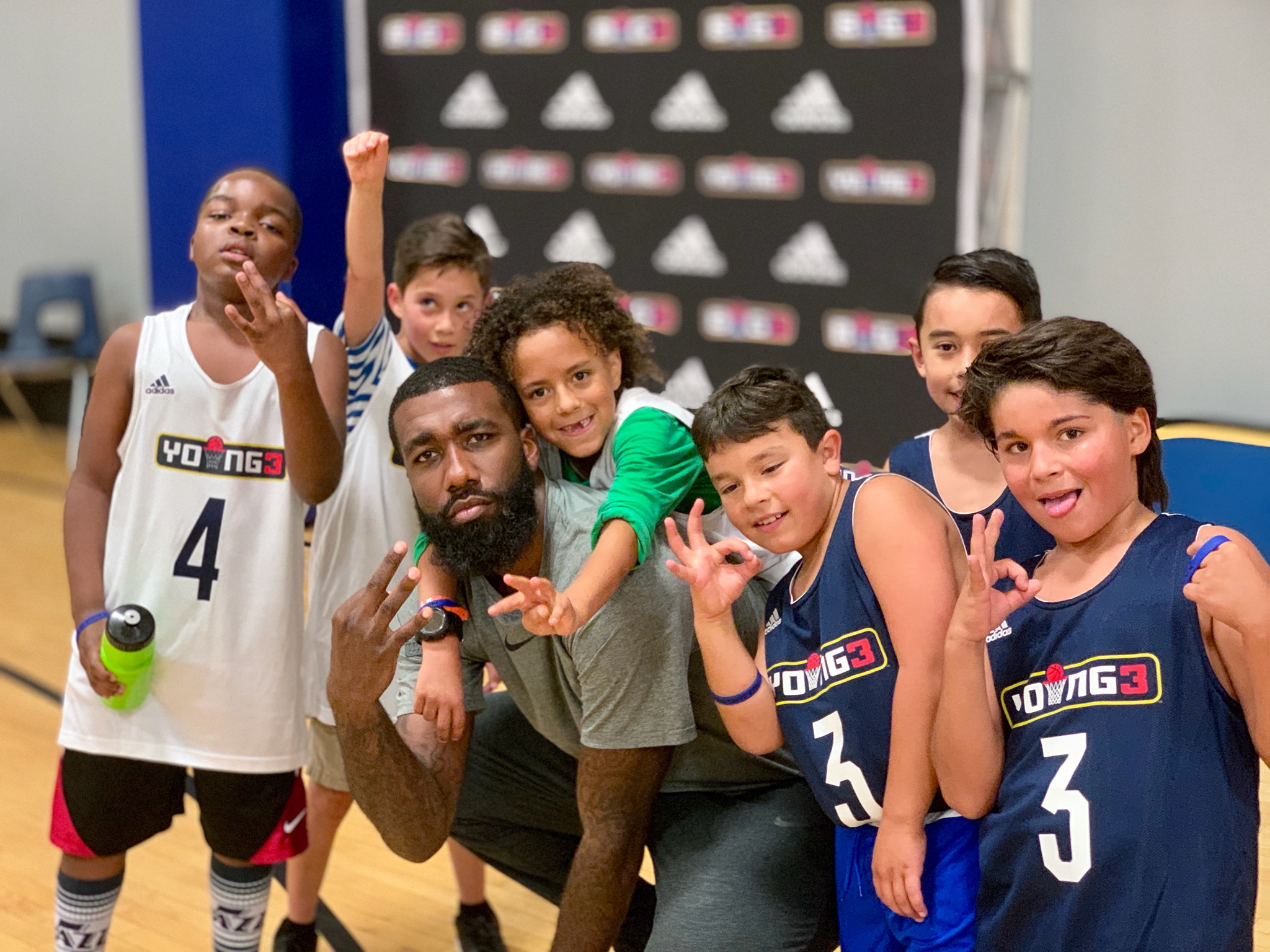 We’re out here in Salt Lake City as the Young3 has made its way to Utah to spread positivity and influence the youth. It was a nice showing from the community as we had around 100 kids participate in today’s experience. We truly appreciated all of you coming out and thank you to the Larry H. and Gail Miller Family Boys & Girls Club for helping host this camp! I was fortunate enough to speak with Andy Whitesides who runs the clubs here and I asked her about how much value she believes the Young3 experience brings to her Boys & Girls Club. Andy told me... “Definitely a lot! It gives the kids some new faces that get them excited and teach some new skills that we might not always get with the staff we have here.” Definitely nice to hear.

Today’s Young3 team consisted of: Jerome Williams, Johnnie Williams, Josh Williams, Charles “Choo” Smith, Eric “Broadway” Jones, Erin Thorn, Desmon Farmer, James “Hollywood” Robinson, Bryan Burrell, Lamar Lundy, and myself, Liam Blutman. You already know that Eric was out there commentating like we were at Rucker Park, NYC as he had the kids hyped all day long! Oh boy, how about that 3-point shootout we had between Erin, Hollywood, and Donte Greene of the Killer 3’s! It was lit! Hollywood finally ended up dethroning Erin after she had won every previous week this year. Congrats to Hollywood for taking home the ‘ship this week but man... that was a savage move beating Erin in her home state! Special shoutout to Clyde Drexler for coming to our camp today. Clyde gave the youth an exceptional speech about getting active and appreciating life. It was really cool to see the BIG3 Commissioner take time out of his day to share some words of wisdom with the Salt Lake's young and sign plenty of autographs for them!

Erin Thorn raved about her return to Utah. She thoroughly enjoyed the camp, she was so appreciative of the love and support she received back home. Erin exclaimed the following regards to being back in Utah, “It is always fun and rewarding to give back to a game that has given me so much, but there is something special about being able to do it in one’s home state. The atmosphere was amazing and the Boys & Girls Club staff went above and beyond! The entire experience was top notch.”

As I mentioned, Donte Greene was here today, and on behalf of each and everyone of us we appreciate Donte taking time out of his day and giving back to the community. And special thanks to Donte for bringing his son to today’s camp and letting him enjoy the experience. I was able to ask Donte two questions. First I asked, “How important is it for you and other professional athletes to go out in the community and influence the youth with such great positivity?” To that he stated... “It is very important, I know that growing up I didn’t get to interact with any NBA guys or professional athletes, so for us to come out, give our time, speak to them, and try to teach them thing we learned when we were younger.” My next question might have been simple but it’s really important... “What value does Young3 bring and the most important lesson the youth can take from this Young3 experience?” Donte had a really good response to that... “It brings a lot of value, they see us out there on the court and on TV, it gives them something to look up too, it shines a light on basketball players. Also, just being able to ask us anything, to be there, to talk to us and realize we are regular people at the same time. It’s fun for me, I love to be able to give back to the kids and teach them little things I know about the game!”

As we’ve grown accustomed to... Choo and Johnnie held their Life Skills segment today and I’d just like to share a special moment that went down at today’s camp. During Life Skills, each kid got passed the basketball and was asked to share something they love and something they dislike. This one boy got the ball and took a second to speak, fighting back tears immediately, then he said... “Basketball is super important to me, it’s my life.” He then proceeded to tell the room about how his mom left his family when he was just 1 years old. That she opted for a life of drugs as opposed to spending one loving her family forever. It was super sad and you have to show empathy for this young boy and his family. With fate beside him, this young boy followed up this by hitting the game-winning three in the championship game to win it all. What a story, it’s only the beginning for this young boy. Just watch and see, he’s going to be amazing in not only basketball, but life.

Then we had the Young3 All-Team. You know the rules, I’ll list them below and maybe you’ll show them love with a follow on Instagram too!

I personally just wanted to say what our whole staff was thinking, the kids at today’s camp were so polite, caring, fun, and supportive of each other. We had members of the Boys and Girls Club here drop whatever they were doing just to come into the gym, sit down, watch some games, and cheer on (loudly) everybody. That is not something we’ve really seen thus far, it creates a very cool atmosphere and boosts the spirits of the young boys and girls who played in today’s games. You had workers participating in drills, doing push-ups, helping with whatever they could. Like, Salt Lake City set the bar so high, we were truly blessed to cross paths with such an amazing group of people this week and would be super fortunate for any future city to even come close to replicating the kindness and love that SLC shared.

That’s it from Salt Lake City, Utah! Thank you again to the Larry H. and Gail Miller Family Boys & Girls Club for hosting us! This was one of the most energetic groups we’ve had. Even the camp counselors were out there getting push-ups in! How can you not want to be apart of the Young3 Experience??? See y’all next week in Chicago.