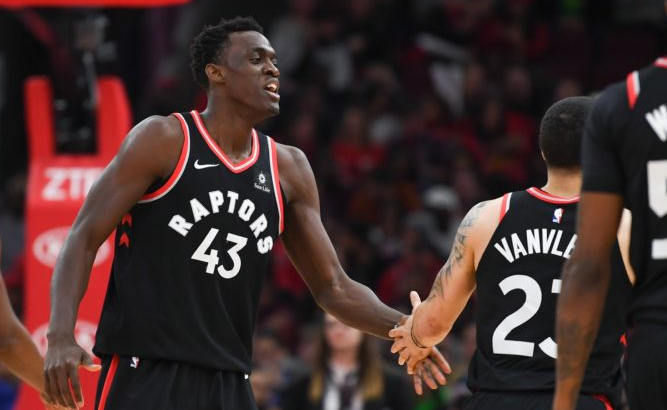 This marks the Toronto’s 14th straight home win over Philadelphia.

It was a victorious Monday night for the Toronto Raptors as they routed the Philadelphia 76ers by 5 points; a modest yet powerful lead occurring all within the final few minutes of the game.

“I think we ended it with eight consecutive stops to end the game, that’s pretty good, especially in a close game like that,” said Raptors coach Nick Nurse.

“I think that they play an aggressive style of defence where at first sometimes you’re not sure where they’re coming from,” Sixers coach Brett Brown said of the Raptors.

Amidst all of the Raptors’ success thus far this season, including being listed in the top 5 of 30 in overall net efficiency rankings, coach Nurse recognizes that it’s still very early on — and to put any focus right now on the numbers isn’t quite his style.

For the losing Sixers, notable contributions included Josh Richardson who brought 25 points and Tobias Harris who brought 18. And it was a special night for Philadelphia’s Joel Embiid, but not in a good way — as he shot 0 for 11 which marked the first scoreless night in his career. Embiid also finished with a game-high 13 rebounds.

"I can't have this type of production," said Embiid after the game.

"I would have never thought that I would be here, talking about zero points in an NBA game, but here's what it is. Some nights you make shots, some nights you don't ... You gotta keep grinding and keep working."

And ain’t that the truth.