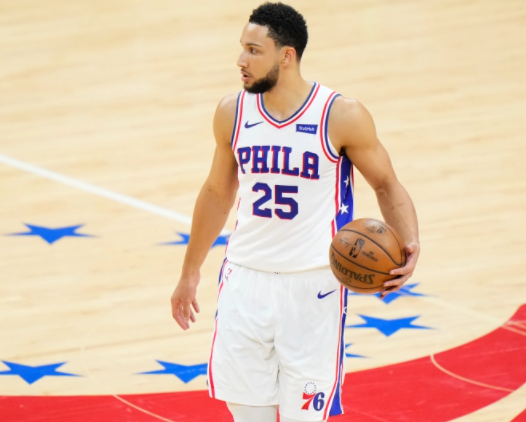 “Offensively, I wasn't there”

Sunday’s Game 7 marked the end of the Philadelphia 76ers’ time in the playoffs, as they suffered a 103-96 loss to the Atlanta Hawks.

Following the loss, Philly’s Ben Simmons was not shy in shouldering the blame for his team’s defeat.

"I ain't shoot well from the line this series,” said Simmons. "Offensively, I wasn't there. I didn't do enough for my teammates. ... There's a lot of things that I need to work on."

Simmons shot 15-for-45 (33%) on foul shots facing the Hawks, as well as 34.2% from the line for the 2021 playoffs overall - which, according to research by ESPN Stats & Information, represents the worst free throw percentage in league playoff history for a player with at least 70 attempts.

The three-time All-Star displayed a history of falling off near the end of games this season, in particular - failing to attempt a single shot during the fourth quarter in five out of the seven games.

Sixers teammate Joel Embiid said that he believed Simmons took a wrong turn in the fourth quarter when he opted against what appeared to be an open opportunity under the basket.

This “turning point” came with 3:29 left in the game, when Simmons posted up Danilo Gallinari and chose to dodge him with a spin move to reach the basket - and instead of taking a shot at the net himself, he passed the ball to Matisse Thybulle who had been fouled on a layup attempt.

"I just assumed Gallo was coming up on my back," explained a regretful Simmons. "And then [John] Collins moved out [of the lane], so I thought we just had a wide-open dunk."

Simmons also brought light to the fact that there is some mental health work to be done on his part.

"The first thing I'm going to do is clear my mind and get my mental right," he shared. "You got to be mentally tough. You can't take games for granted. Especially in the playoffs. Every game matters. Every possession matters."

We understand how critical a healthy mental attitude is to supporting every other aspect of life - including athletic performance. We wish Simmons the best of luck in getting to a better place.