Sources: NBA’s Board of Governors to Approve a 22-Team Season Return 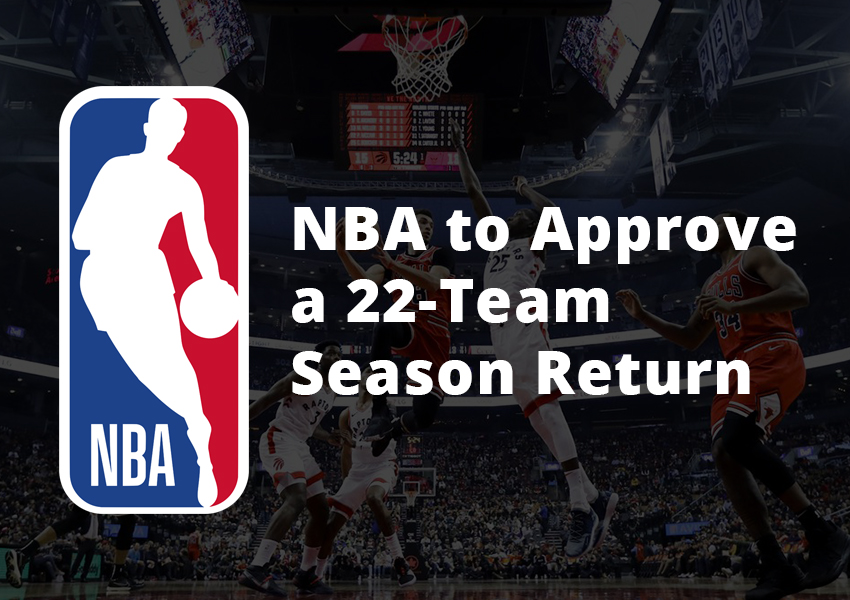 Sadly, this leaves eight teams out of the equation.

Sources told ESPN that the NBA's Board of Governors plans to approve a 22-team league proposal to restart the 2019-20 season in Orlando, Florida. There will be a conference call and vote scheduled for Thursday at 12:30pm ET, sources said.

Details were shared by Commissioner Adam Silver and the league's advisory/finance committee regarding a plan for the new game format taking place Walt Disney World Resort, which would include 13 Western Conference teams and nine Eastern Conference teams, eight regular-season games, a potential play-in tournament for the eighth seed, as well as playoffs, said sources.

So, which teams have made the cut for this season’s return?

Sources said that the top 16 teams of the Eastern and Western conferences will be joined by the six teams currently within six games of eighth place in both conferences.

Apparently several of the eight teams left out of the new league format are disappointed and share concern about how this nine-month window between games will impact their teams both competitively and financially, sources report.

In the meantime, the NBA and National Basketball Players Association are sorting out details regarding safety protocols in the new format.

Sources told ESPN that the NBA plans to carry out uniform, daily Covid-19 testing within the Disney campus environment - and if a player does test positive for the virus, he will be removed to then quarantine and receive individual treatment with a continued testing of other team members as they play, sources said.