Suns Dominate Kings in Second Half of Season Opener Game 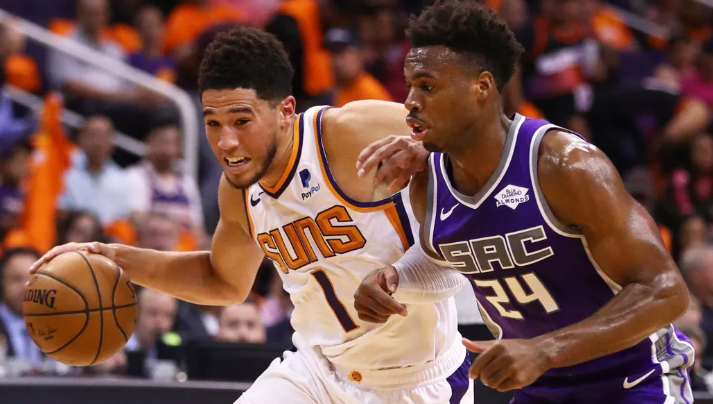 What started out as a slow game for Phoenix ended in a 124-95 victory.

If Wednesday night’s second half is any indication of how the Phoenix Suns will play for the rest of the season, then the boys sure have a lot to feel good about.

“I told our guys — the defense in the second half was really impressive,” said brand new Suns coach Monty Williams. “It was more effort than scheme, which is what you have to do sometimes.”

"Jevon just doesn't listen to me, that's pretty much it," coach Williams said of Carter with a smile. "He just goes nuts, hits shots and defensively he gets all over people. He has selective hearing. I was trying to scream to him to slow down, but he's a pitbull. That's what I love about him."

Booker, who was undeniably the Suns’ star of the night, spent the majority of the game head-to-head against Sacramento’s Buddy Hield who brought a heavy 22 points to the Kings in just the first half. But no one was expecting the Suns to turn things around the way they did.

"They had the momentum, they made shots, they made plays, they played harder than us," said Hield, who ended up finishing with 28 points. "They deserved to win."

"We have a lot of potential, but it's just one game," said Rubio, who enabled teammate Booker’s shooting success.

"We have to show it every night. Tomorrow we come back, go to practice and get better."

The Phoenix Suns play again Friday night in a matchup against the Denver Nuggets. We’ll be watching.