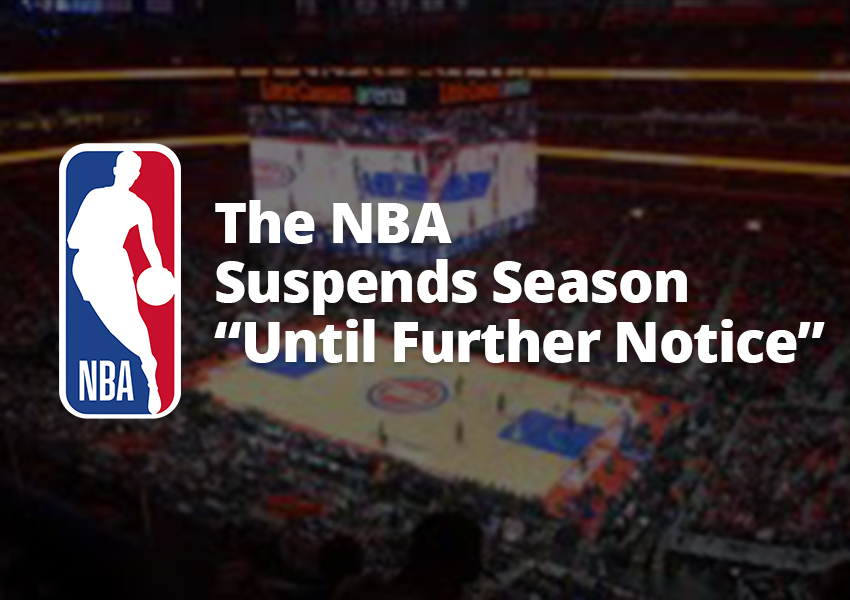 Yesterday hit the NBA and its fans with some very unfortunate news.

Utah Jazz player Rudy Gobert tested positive for the coronavirus on Wednesday, prompting the NBA to suspend its season “until further notice” in a statement later Wednesday night.

Shortly after learning of Gobert’s positive test result, the Jazz’s Wednesday-scheduled matchup against the Oklahoma City Thunder was postponed.

The full statement from the NBA read as follows:

"The NBA announced that a player on the Utah Jazz has preliminarily tested positive for COVID-19. The test result was reported shortly prior to the tip-off of tonight’s game between the Jazz and Oklahoma City Thunder at Chesapeake Energy Arena. At that time, tonight’s game was canceled. The affected player was not in the arena.

The NBA is suspending game play following the conclusion of tonight's schedule of games until further notice. The NBA will use this hiatus to determine next steps for moving forward in regard to the coronavirus pandemic.”

Also on Wednesday, the NBA G League released a statement that revealed it has "suspended the 2019-20 season, effective after tonight's games."

The NBA is scheduled to conduct a call with the board of governors on Thursday at 12:30 p.m. ET to address next steps, sources told ESPN's Ramona Shelburne.

With 259 games scheduled for the remainder of the season, it is unclear to anyone when they will resume (for now).

We’d like to remind our valued readers to wash their hands regularly, especially before touching the face or before eating to prevent the contraction and spread of COVID-19.