Who Is The Best Player In College Basketball? 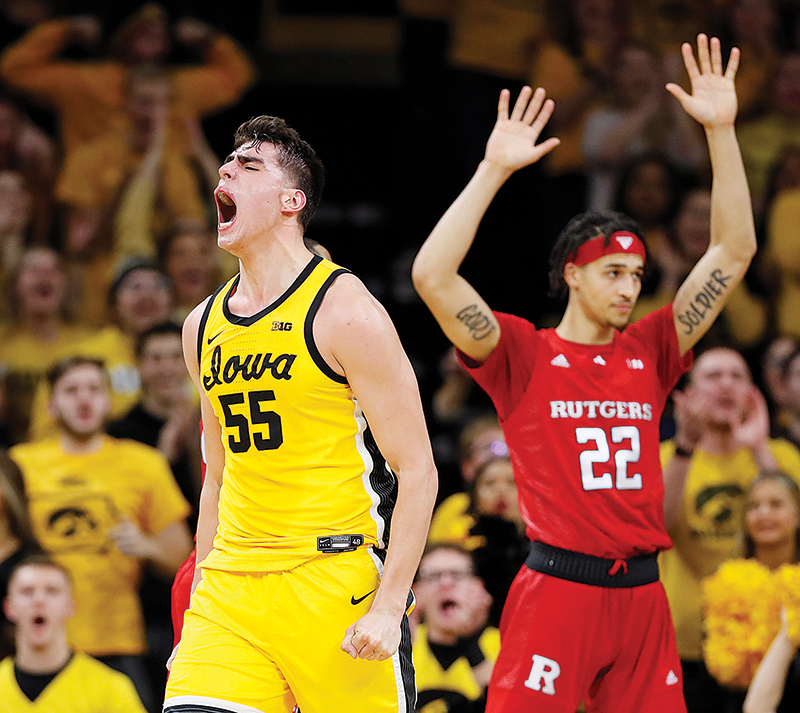 We talk about the best player in college basketball... a lot. For the 2019-20 season my vote went to Myles Powell and I was not looking to change it. Now here we are in early February and one day after declaring Myles Powell wrapped up the National Player of the Year Award, I readily admit I must change my vote. It troubled me to realize I had overlooked my new pick. A guy I’ve been a huge fan of since he was a freshman. A guy I have been hyping up for years. His name is Luka Garza and he is officially the best player in college basketball.

I first started watching Garza back in 2017, his freshman year. Luka started the majority of Iowa’s games and averaged 12.1 PPG + 6.4 RPG. In addition to that he shot 55.7% from the field. Great stats for a freshman big man. I became very excited for Luka’s future at Iowa and during his sophomore season I made a claim I thought was quite bold. “Garza was going to win Big 10 Player of the Year as a senior.” Looking at that today, I laugh. The take is correct because if he stays for his senior year, that award is his and only his. I laugh because that award is his right now, as a junior. Further,  that surely won’t be the only award he takes home in the 2019-20 season as I believe the National Player of the Year Award is currently Luka’s to lose. He’s averaging 23.0 PPG and 10.4 RPG. A substantial increase from what he did as a sophomore where he averaged 13.1 PPG and 4.5 RPG. Garza is also shooting 38.2% from deep, a 9% increase from last season. There's growth that we see in players from season to season. But this right here? It's not growth. It's a whole transformation. Garza transformed into a superstar well before I expected, he worked hard and is reaping the benefits.

The 6’11” 245 pound big man has taken major strides in his game and does it all with a blend of old school and new school in his game. He’ll take you to the rack with extreme toughness, finish a layup amongst trees and draw a foul. From the post he’ll hit a clean hook shot. A mid-range J isn’t something to let him take either because that’s also a bucket. Oh, Garza is just sitting on the 3-point line and you’re going to let him shoot that? That’s a mistake as well. That’s money. You’ll often see Garza’s emotions unleash as he trash talks the opponent and celebrates after every three ball he sinks. Luka is going to let you know he’s dominating you and there isn’t anything you can do about it. Don’t doubt his passing either as he can dish it out from the post or a double team and he’ll swing the ball around the perimeter trying to get his team the best possible shot. In the games you think he’s struggling in, you look at his stats and end up laughing, like last week vs Wisconsin, when you realize he shot 6/17 and totaled 21 and 16. I’ve come to expect 20+ points and a double-double from Garza every game. Garza had one of the greatest performances of the season and it came in a loss at Michigan where he tallied 44 points and 8 boards on 17/32 shooting. The man is a monster and I don’t know what else to say. I saw this kid hit a fade-away J in triple coverage on the baseline... I’m just amazed by the things he does game in and game out. He plays 30.7 minutes per, avoids foul trouble and gets nasty on defense with his 1.7 Blocks per game and endless shot contests.

This kids got NBA written all over him too. A sure fire first rounder in my eyes. A center that’ll have a lengthy NBA career. But for now... he’s on his way to winning the National Player of the Year in the 2019-20 season. And as a diehard college basketball fan, I just hope this kid returns to school for his senior year. We live in an era where it's so rare for elite talent to stay all four years in this sport, but who knows, maybe we can get lucky and witness Luka Garza dominating at Iowa for four seasons before his number gets retired.