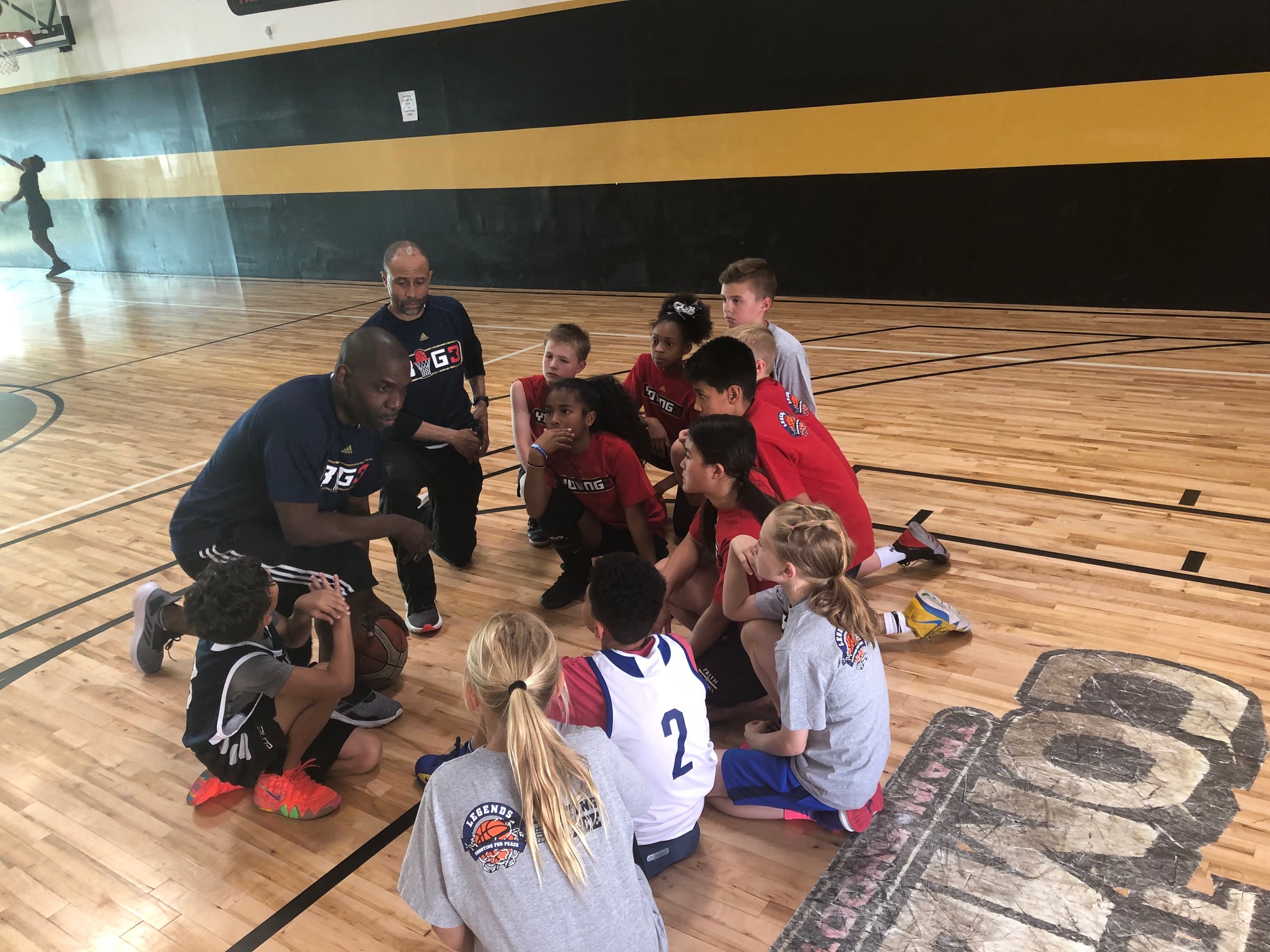 Following the BIG3 Combine was an incredible Young3 Camp held at The Combine which is located at 7260 Dean Martin Drive in Las Vegas, Nevada.

The camp was great as many young kids showed up and participated in basketball drills in front of some very recognizable names in the game of basketball, Ricky Davis and Corey Maggette.

Helping train the youth today were: The Young3 staff which included: Bryan Burrell, Jerome Williams, Charles “Choo” Smith, Eric “Broadway” Jones, Johnnie Williams, Josh Williams, and Desmon Farmer. The kids were ecstatic to be taught by these instructors and I noticed a huge liking to the duo of Choo and Broadway. The kids loved the duo as they provided great information to help these players and did it in a fun way that kids can respond to easily. A great job by these two.

Ricky and Corey both gave passionate speeches to the campers today. Aside from just telling them to have fun and work hard, Corey brought up an excellent teaching point. He asked the kids who the best basketball player of all time is? Michael Jordan. Then he asked how many shots do you think he missed, how many games he lost. Missing shots and losing games can benefit you in the long run as they can be used as teaching points. “Jordan shot 49.7% for his career and is considered to be the best who has ever done it. Do you know how many shots missed that is?”

I spoke to Ricky Davis and he stated that he sees in a difference in this years camp in comparison to last years. He claimed that the experience Young3 now has is so noticable. It was the smoothest Young3 Camp I’ve seen, the attention to detail was phenomenal, and he can’t wait to see how this summer’s camps fare.

The ending of the Young3 Camp today officially means that we’re just a month away from Young3 camps being held in numerous cities this summer whilst the BIG3 travels across America! Be on the lookout for where we will be by following @JunkYardDogJW and @Young3Basketbal on Twitter!