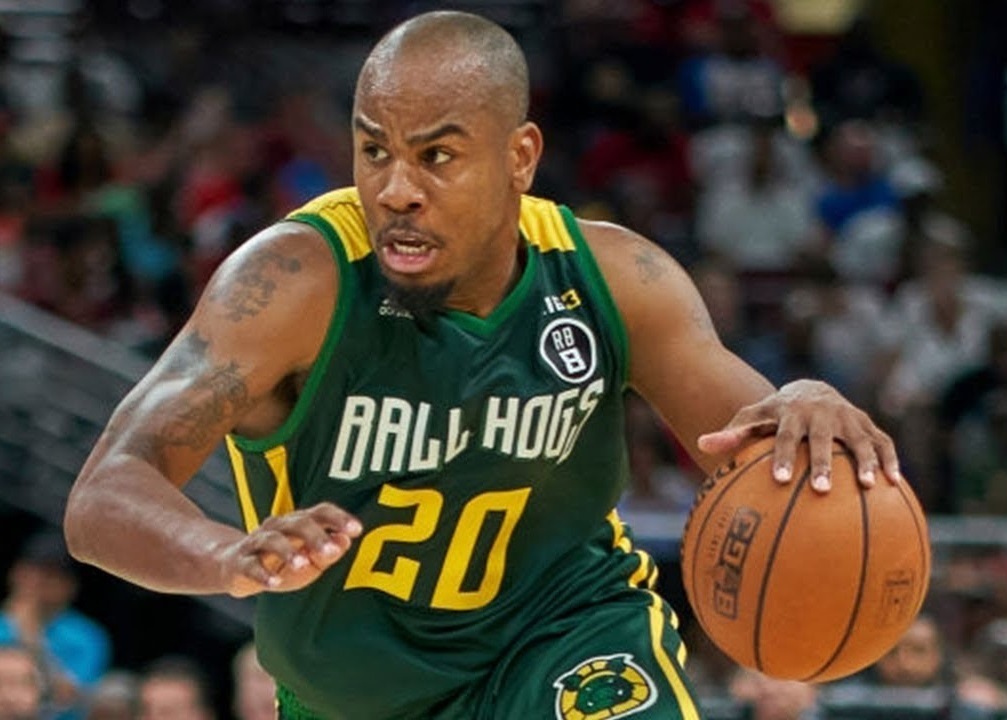 TD Garden in Boston, Massachusetts was the host of the Big3 for week 7.

The Ball Hogs got out to a quick 9-2 start against Trilogy and led at the half 26-20. Trilogy made some key halftime adjustments as they defended the three better and allowed Ball Hogs to drive, Trilogy contested every shot well as they locked in defensively and walked away with the W, 51-45. Leading the way for Trilogy was Derrick Byars with 17 points and 9 rebounds. Adding 12 points was Al Thornton. Andre Owens had 14 points and was constantly talking to the Trilogy Bench and Kenyon Martin in particular. Former Boston Celtic, Brian Scalabrine had a humongous ovation from the Boston faithful in his return to the (TD) Garden. Trilogy moved to 2-5 after the dub while the Ball Hogs fell to 1-6.

Tri-State trailed early by the score of 27-21 at half to the Killer 3’s. But the trio of Nate Robinson, Amar’e Stoudemire, and David Hawkins was just too much for Killer 3’s as they mounted a comeback from 13 down in the 2nd half. The trio put up 40 combined and tallied 20 rebounds together. Stephen Jackson was back for Killer 3’s and he had 15 points and 11 rebounds in his return to the court. Tri-State is now 5-2 and Killer 3’s are 2-5 just like Trilogy.

The game of the evening, Power, 3 Headed Monsters. 5-1 vs 6-0. Second place vs first place. The first place 3 Headed Monsters were led by Reggie Evans who scored a game-high 23 points, in addition to those he got 11 rebounds. Mahmoud Abdul-Rauf helped the squad with 13 points, 3 assists, and 2 steals. But tonight was the Power’s night. They silenced the 3 Headed Monsters with a 51-40 win, the final score does not indicate how dominant Power was tonight as they let 3HM back in the game after being up 20. Corey Maggette scored 16 and former Celtic, Glen Davis had 15. The Power have looked like the best team in this league as of late and have definitely been the favorite to win this league in my eyes. Both Power and 3 Headed Monsters are 6-1 and atop the standings.

Andre Emmett was huge for 3’s Company, he scored 21 points and added 7 rebounds. Drew Gooden helped out with 10 points of his own. Carlos Boozer was eating down low as he scored 15 and snatched 13 boards en route to another double double. But it was all 3’s Company tonight as they won 51-33. 3C moves to 5-2 and Ghost Ballers dropped to 1-6.

The Young3 impacted kids lives in a positive way tonight as select kids made appearances on the jumbotron and were able to shoot on the court. The Young3 coaches: Jerome Williams, Erin Thorn, James “Hollywood” Robinson, and Desmon Farmer as well as Brian Scalabrine Of Ball Hogs signed autograph for the youth and fans of all ages. Lucky The Bulldog was seen roaming around the stands taking pictures with the people of Boston and putting a smile on everybody’s face.

Week 7 of the Big3 was a great week in Boston. From the standing ovations for former Celtics to the explosive dunks by Big3 players, tonight was a fantastic night in Boston. The Big3 heads to Atlanta, Georgia next week for the regular season finale.

Liam Blutman is a first-year student at Santa Monica College bringing a series of articles and editorials about collegiate athletics and young athletes in professional sports. A natural Bruins/Angels fan and solid sports gamer, look for more content coming soon and follow Liam on twitter. It's a pleasure to have him join our writing team.