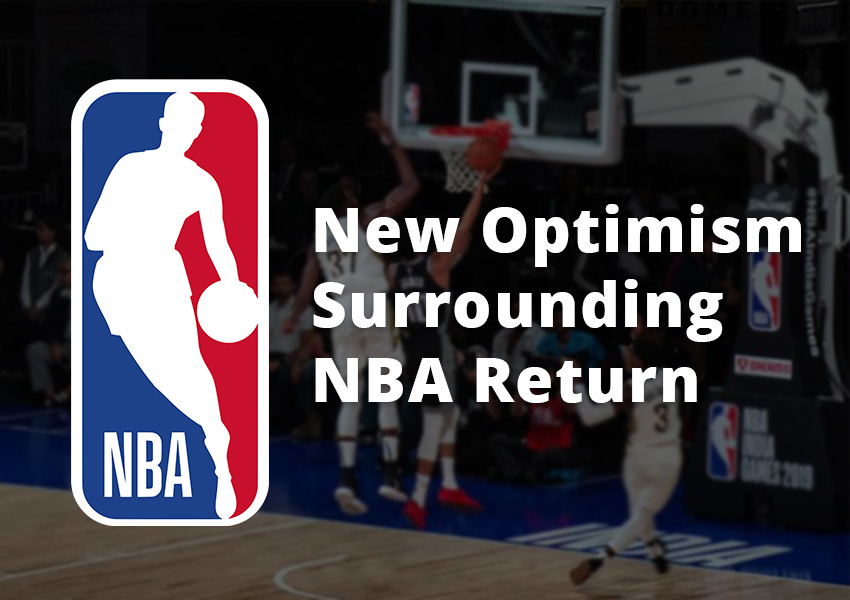 More clarity to come in the following weeks

Tuesday’s Board of Governors call with Adam Silver has left the NBA and its hopeful fans with some optimism, as attendees left “feeling positive about momentum toward an NBA return” this season according to Adrian Wojnarowski of ESPN.

The league and Silver are hoping to reach a decision in 2 to 4 weeks, added Shams Charania of The Athletic.

Silver warned attendees on the call that if a positive test result would "shut us down, we probably shouldn't go down this path."

Perhaps it’s the most pressing question of them all: Just how many positive tests would warrant a red light for the season?

This is what the NBA, NBPA and medical experts will need to discuss in the following weeks.

Other factors that must be considered include, according to sources: Understanding the trajectory of new cases in those states starting to reopen, understanding who is getting severely ill and why, and developments in testing types.

The NBA is also considering how other leagues are dealing with positive tests among participants, sources say.

Furthermore, sources also said that the league indicated they would be standardizing Covid-19 testing among the 30 teams once the return is made official.

With a lot for the league to discuss in the coming 2 to 4 weeks, we’re at least this much closer to reaching what looks to be a positive conclusion.

In the meantime - stay safe and hopeful, fans.