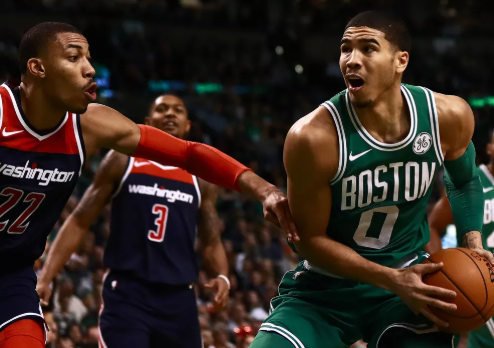 Wednesday night’s game saw the Boston Celtics winning 140-133 against the Washington Wizards, making it their ninth straight win of the season

Bradley Beal may have bought a big fat 44 points to the Wizards, but notable contributions from players like Kemba Walker were enough to pull the Celtics out of any danger on Wednesday.

At the beginning of the fourth quarter, Boston seemed to be well in the lead by 13 points until the Wizards started to step things up, sinking Boston’s lead down to just 3 points, all in under one minute.

Shortly after the turn of events, Carsen Edwards and Jayson Tatum decided to take matters into their own hands; scoring a combined 10 points for Boston almost instantaneously. This placed Boston at a 13-point lead again, and the squad was determined to maintain this control for the remainder of the game.

Now with just one minute and six seconds left in the game, Walker sealed the deal on Boston’s win with a hot 3-pointer, ultimately translating to a 7-point lead win.

Boston’s Gordon Hayward may have not contributed any points to the Celtics’ win due to his broken left hand that recently underwent surgery, but he did bring his enthusiasm from the bench. Hayward is unfortunately expected to miss six weeks.

“We’re going to fight, we’re going to continue to play hard, but we’ve got to play a little better on the defensive end,” said Wizards coach Scott Brooks.

“We’ve got to play smarter. Guys aren’t trying to make mistakes and that’s what I love about our guys is they’re trying to play the right way. They’re trying to pick things up as quickly as they can but it’s going to take time.”

The Wizards get their next shot at a win tomorrow (Friday) facing the Minnesota Timberwolves at 8:00. Boston will play against Golden State at 10:30.