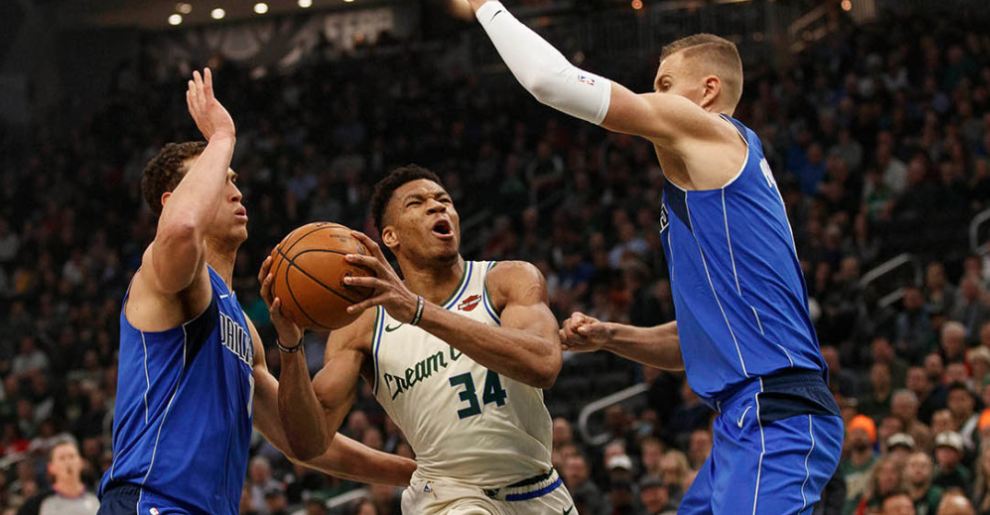 Sadly for the Milwaukee Bucks, not even a 48-point and 14-rebound contribution from Giannis Antetokounmpo was enough to lead the team to a 19th straight victory on Monday, as they lost 120-116 to the Dallas Mavericks.

The Mavs did this all without big man Luka Doncic, who was out with a sprained ankle - with players Seth Curry and Kristaps Porzingis joining forces to both bring 26 points to their team.

"I hit those two deep 3s but even then, Giannis was right there in front of me," said Porzingis. "They know we are a pretty good shooting team. But we have so many weapons and anybody on any given night can score 20-plus points.

“That's the dangerous thing about us. Tonight, Seth played great. It's kind of hard to play against a team that has so many options."

The Mavs maintained a comfortable lead for the majority of the fourth quarter, that is, until Porzingis changed the narrative with game-winning back-to-back 3-pointers shot from long range.

"I'm just trying to play the right way, how we want to play as a team, and it's working for us," said Porzingis.

"I don't want to try to do my own thing out there because it's going to mess up our whole flow with offense, and we want to keep winning. We want our offense to be good. I'll stick to doing that so that we can keep doing what we're doing.

Despite the Bucks’ loss, coach Mike Budenholzer wasn’t one to overlook the consistent strength of his squad, voicing a rather positive takeaway from the game.

"I'm proud of the way the guys fought to the very last second tonight," said Budenholzer. "To find a way to be close in the fourth quarter and have an offensive rebound and give ourselves a chance, I think it's just a sign of the competitive nature of this group.

Mavericks coach Rick Carlisle even put in some words of respect for the losing team.

"I've been in this league a long time and an 18-game winning streak is a spectacular demonstration of how good a team is," Carlisle said. "But you're not going to win every game to finish the season.”

The Mavs play again Wednesday against the Boston Celtics, with the Bucks facing the Los Angeles Lakers on Thursday.