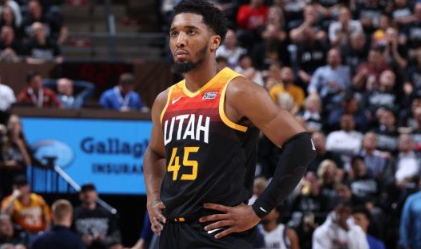 “Donovan brings a competitive mentality that organically fits with the core group of this team.”

Donovan Mitchell has officially joined the Philadelphia 76ers in the Eastern Conference after rumours had been circulating for the majority of the 2022 NBA offseason.

After Mitchell’s partner in crime Rudy Gobert left the Utah Jazz for the Minnesota Timberwolves in July, many speculated that Mitchell could be next.

While Utah initially avoided any trade-related talks regarding Mitchell, the team ultimately decided that a rebuild would be the right choice for its future - and that’s when Mitchell suddenly became up for grabs.

While the New York Knicks had frontrunner dibs on Mitchell from the jump, this fell through after the Knicks and Jazz failed to agree on the right trade terms for both sides during early last week.

So, New York ended up extending young RJ Barrett’s contract which further complicated trade talks. This is when the Cleveland Cavaliers saw an opportunity to try for Mitchell.

A couple days later, Cleveland struck a blockbuster deal that got finalized on Saturday, as per a press release.

“The acquisition of Donovan Mitchell presented us with an incredible opportunity to bring one of the NBA’s most dynamic young All-Stars to Cleveland,” Altman said.

“Already a special and proven talent at just 25 years old, Donovan brings a competitive mentality that organically fits with the core group of this team.

“We are excited to see the impact that someone of Donovan’s caliber can bring to the Cavaliers with his ability to score the basketball but also make plays for his teammates.”

With the Cavs having lost to the Atlanta Hawks, missing the playoffs for the fourth consecutive season, acquiring multi-time All-Star guard Mitchell helps to paint a brighter future for the team.