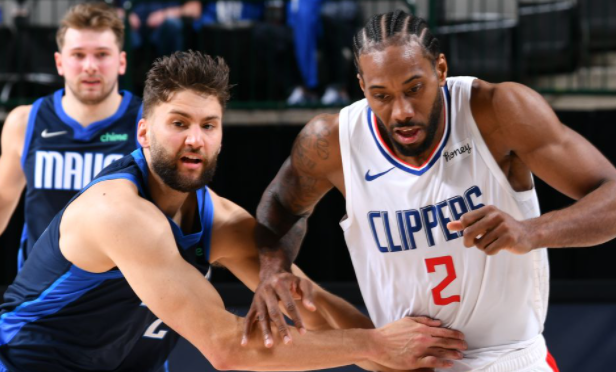 "We got to keep having that even-keeled mindset and get ready for the next one.”

Sunday night saw the Los Angeles Clippers take down the Dallas Mavericks 106-81 in front of a large Dallas crowd - which evened their best-of-seven series at 2-2.

That being said, All-Stars Kawhi Leonard and Paul George were yet again the powerhouse duo of the Clippers’ win.

Leonard, who is averaging 35.3 points in the past three games, brought 29 points and 10 rebounds. He also had 11-for-15 shooting along with three assists, two steals and two blocked shots. George, who had 18 points prior to the break,scoreda total of 20.

"I think we both have just done a great job of complementing each other," George said regarding himself and Leonard carrying the Clippers back into this series.

"[Leonard] has been all-out driving and attacking and putting pressure on their bigs at the rim. Myself, as well. When he needs a break and a breather, now I am in attack mode. I think we are just doing a great job of countering each other.

"This is ultimately what we wanted to get to -- being able to share the court together and doing it on both ends together."

Without a doubt, Leonard is performing at the postseason level that awarded him the NBA Finals MVP for a second time when he guided the Toronto Raptors to a 2019 championship.

After losing the two initial games of the series at home, Leonard’s message to the Clippers was to focus on stepping things up on the defensive end.

"We responded well," Leonard said of the team’s goal to sharpen its defensive performance. "Especially coming back from that [30-11 deficit] in Game 3."

"The job is not done yet," he continued, "so we got to keep having that even-keeled mindset and get ready for the next one."

The Clippers’ Nicolas Batum, who performed well on the defensive end Sunday, commented on how his team never panicked despite being down 0-2 in the series, or trailing 30-11 during Game 3’s opening minutes.

“We knew our mistakes," said Batum. "We just had to adjust. We knew what we had done wrong.

Wednesday’s matchup will certainly be one to watch as the two teams go head-to-head again in Game 5.