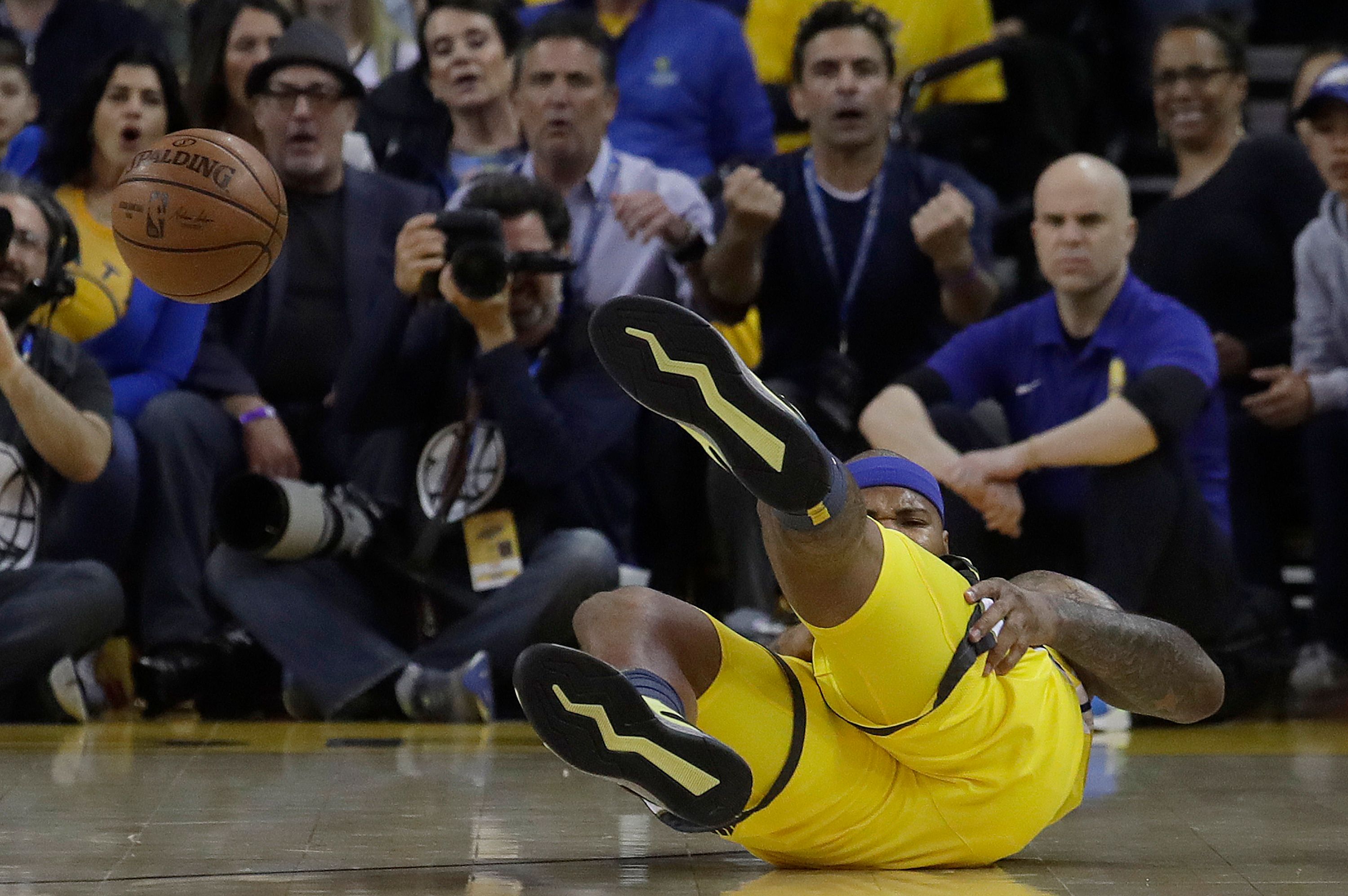 Warriors center DeMarcus Cousins suffered an injury to his left quad in Game 2 of the team’s first-round playoff series against the Clippers on Monday night.

According to ESPN, an MRI exam scheduled for Tuesday will reveal the extent of Cousins’s injury - the worst case being a torn quad, the best being just a strain.

"There's a pretty significant quad injury ... he's going to be out for a while," said Warriors coach Steve Kerr.

The non-contact injury occurred right in front of Golden State’s bench, during the first quarter of the game with 8:30 remaining.

Cousins had tried to chase down the ball after deflecting a pass from Clippers forward Danilo Gallinari, but stumbled to the floor and immediately grabbed onto his left quad.

He was called to be removed from the game after standing again, and was accompanied by team medical staff as he limped back to the Warriors’ locker room.

Unfortunately, the four-time All-Star is no stranger to injuries - especially serious ones. Cousins suffered a tear to his left Achilles tendon in January of last season while playing for the Pelicans, costing him his first 45 games with the Warriors and also requiring extensive rehab to recover.

League sources are speculating that the 28-year old center's injury is likely serious enough to put him out for the season, so he sure could use our prayers.