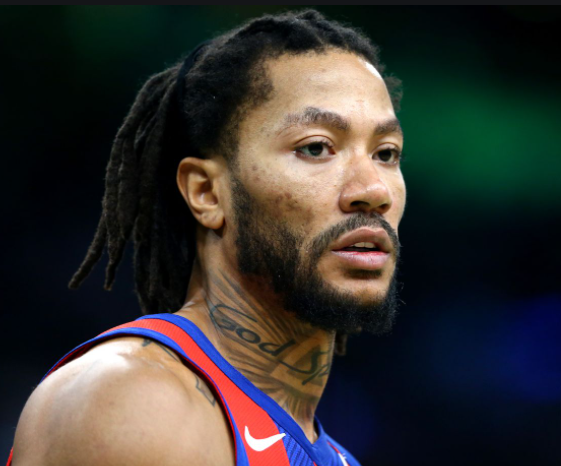 The trade was mutually agreed upon by both teams.

The New York Knicks have officially picked up 12-year veteran Derrick Rose from the Detroit Pistons, who are currently working to rebuild the team.

This season, the 32 year-old Rose has averaged 14.2 points and 4.2 assists on 43% shooting. He is in the final year of a 7.7 million-dollar contract, and will become a free agent during the offseason.

The Athletic's Shams Charania had reported earlier that Rose and the Pistons had mutually agreed that a trade would be in the best interest of both teams - so in other words, no hard feelings.

The trade reunites Rose with coach Tom Thibodeau, who was coaching in Chicago when Rose became the youngest MVP in franchise history in 2011 at age 22.

Following his record, Rose spent one season in New York where he averaged 18 points in 2016-17, and then rejoined coach Thibodeau in Minnesota.

Sadly, the former MVP had experienced a series of knee injuries in his prime years, but has since remained a valuable player.

“He’s one of those guys, he’s been around the system just like myself,” said Knicks forward Taj Gibson, who has also played in both Chicago and Minnesota. “We know kind of what Thibs basically wants.”

The Pistons, on the other hand, will be picking up No. 9 overall pick Dennis Smith Jr. along with a second-round pick.

At 23, Smith is one of the league’s most noteworthy point guards, and was recently assigned to the Westchester Knicks in the G League Bubble to further aid in his progress.

Needless to say, it’ll be interesting to see how this trade plays out. Could Rose be a potential game changer for New York?