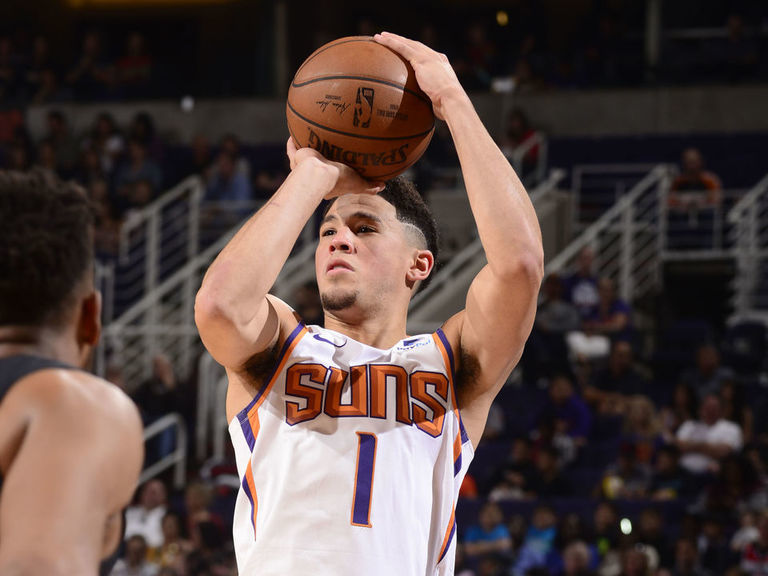 The future looks bright for the 22-year-old Suns guard

In a 124-121 loss to the Washington Wizards on Wednesday night, Devin Booker of the Phoenix Suns hit the 50-point mark for yet another straight game.

The young star is also now the fifth player in NBA history to hit three 50-point games before the age of 25. And in this, he joins basketball greats Wilt Chamberlain, Rick Barry, Kareem Abdul-Jabbar and LeBron James.

"It's a blessing. It's an honor, I say it every day, to lace it up and play a sport that I love," said Booker.

"I think right now it's time for me to be more aggressive, being down a couple of men. Teammates helping me, setting good screens. ... Fell short, but a lot better fight today than we did have in the last game."

Even Wizards coach Scott Brooks didn’t hesitate to admit that Booker was one to watch out for.

"Devin is just -- he takes so many shots that are almost like, they're unguardable," Brooks said. "We did the best we can. We were trying to trap him and double-team throughout the game. He's crafty. He was attacking us."

We’re excited to see if Devin Booker can extend his 50-point streak on Saturday in a game against the Memphis Grizzlies.