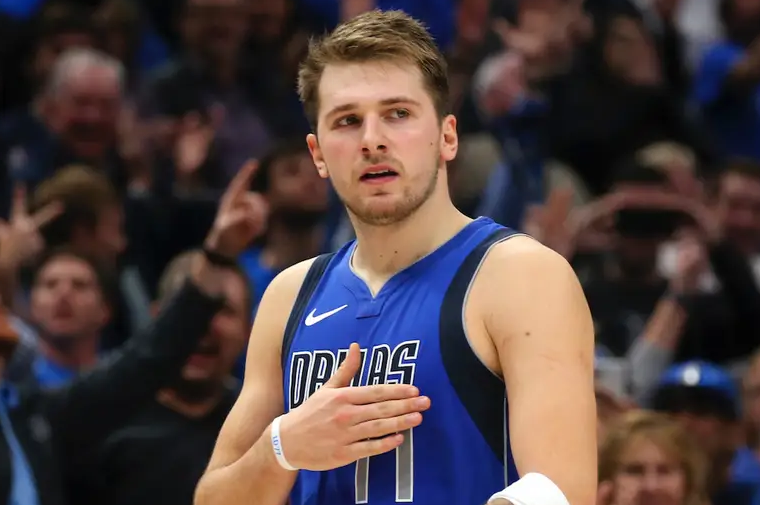 “The team helped me, the team, the coaches. Without them, I couldn't have won.”

In Tuesday’s 118-97 victory against the New Orleans Pelicans, Doncic made a career-high 18 rebounds in addition to 33 points for his team.

Doncic impressively made his final rebounds in the game’s third quarter, and watched from the bench for the remainder of the game as his team played their way to a glorious win.

"It was great," said Mavericks coach Rick Carlisle. ”Eighteen rebounds is a lot. That's a lot of rebounds for a point guard. I don't care what planet you're from. That's tremendous."

Tuesday’s game also marked a particularly special night for Doncic in many ways.

For one, he joined Shaquille O’Neal and John Drew in becoming the third player to swing those numbers before turning 21.

Doncic also became the second player under the age of 21 to notch at least 600 points in the first 20 games of a season, in the honourable company of LeBron James - with both players having exactly 614 points (ESPN Stats & Info research).

And now, as of Tuesday, Doncic has been named the Western Conference Player of the Month.

"Every award means something to me, especially this one," said Doncic. "It's a big thing for me, it motivates me. The team helped me, the team, the coaches. Without them, I couldn't have won."

Fans can watch Luka in action again tonight as the Mavs play the Minnesota Timberwolves. The Pelicans will play tomorrow against the Phoenix Suns.