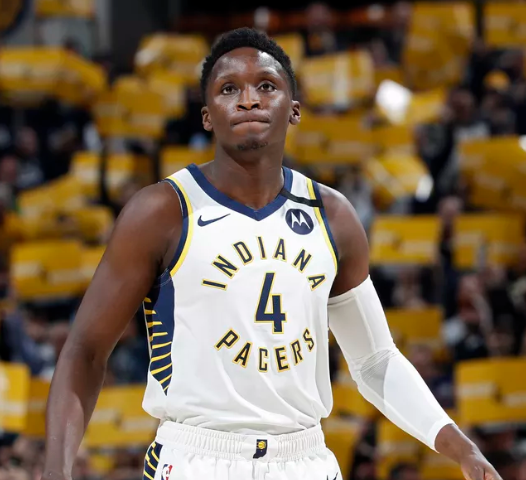 The Indiana Pacers’ two-time All-Star Victor Oladipo finally made his return to the basketball court Wednesday after a painful year-long absence due to a ruptured quad tendon in his right knee.

Oladipo had 9 points, 4 assists and 2 rebounds in 21 minutes, notching a game-tying 3-pointer with just 10 seconds remaining and leading the Pacers to rout the Chicago Bulls 115-106 in overtime.

Prior to the game, coach Nate McMillan said that Oladipo would be limited to 24 minutes off the bench and not be permitted to play in back-to-back games, until after the All-Star break.

Chicago’s Chandler Hutchison, who scored a career-high 21 points for the Bulls, even credited Oladipo on the 3-pointer that made all the difference for the Pacers.

"He's an elite player and I felt like I gave a pretty good contest," said Hutchison.

"I just have to make him put it down in that situation when the 3 is the only thing that could tie us. I'm going to learn from it and move on, but he hit a pretty tough shot."

"We wanted to do it for him," said Brogdon. "We knew how much energy was going to be in the building tonight. There are going to be bumps, but we're going to be able to get through them."

The Pacers shoot for their eight consecutive win Saturday vs. the New York Knicks, with the Bulls facing the Brooklyn Nets Friday.