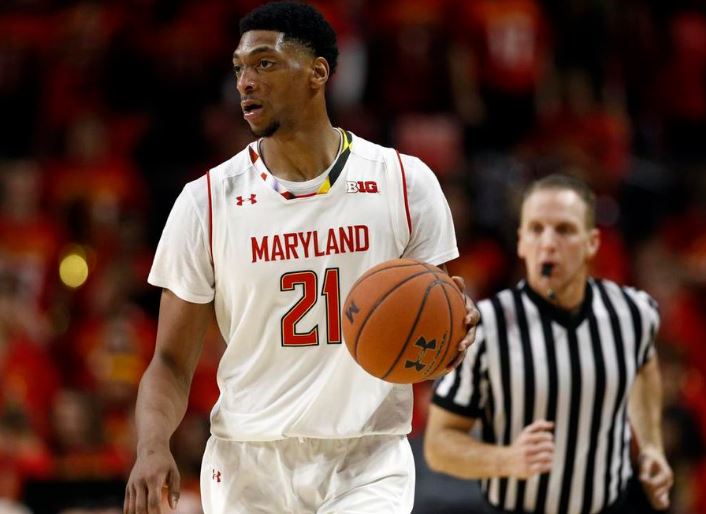 The six-foot-seven, 225-pound Toronto native is the first player drafted by an NBA team to join the CEBL. Jackson was selected by the Denver Nuggets in the second round (43rd overall) of the 2018 draft.

Traded on draft day to Orlando, Jackson played 10 games in the G League with the Lakeland Magic in the 2018-19 season. He averaged 4.5 points, 3.8 rebounds and 0.9 assists before suffering a season-ending Achilles injury.

He was on Lakeland’s roster to start the 2019-20 season but was still rehabbing his injury. The 23-year-old was expected to return to action sometime this season, but those plans were halted when the G League suspended its season March 12 due to the COVID-19 pandemic.

Jackson spent two years at Maryland before declaring for the NBA draft. He averaged 9.8 points and 8.1 rebounds during his sophomore year before suffering a torn labrum.

“Jermaine sought him out,” Honey Badgers president John Lashway said, referring to the team’s new general manager, Jermaine Anderson. “There’s a very active Toronto-area basketball scene and he knows him and wanted him in Hamilton. Justin has been on the radar screen of Canadian basketball for a long time. He’s going to be a really good addition.”

Jackson played a year of prep high school ball in Las Vegas when Jerome “Junk Yard Dog” Williams was the head coach there. Williams was one of the most popular players in the history of the Toronto Raptors, with whom Lashway spent several years as a top executive.

While Jackson is the first NBA-drafted player to sign a CEBL contract, the Badgers had a player last year who actually played five games in the world’s top league. Xavier Rathan-Mayes was one of a slew late-season signings by Hamilton as the Badgers beefed up for a run to the CEBL finals and established the league scoring record in his first game at FirstOntario Centre.