Giannis Antetokounmpo Ejected With Elimination of Greece from EuroBasket 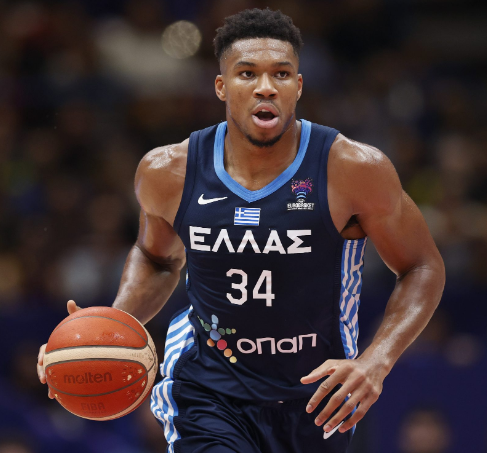 “Giannis didn't go down without a fight”, @EuroBasket Tweeted following his elimination.

On the other hand, Germany, finishing 107-96 over Greece on Tuesday, is basking in its home-court advantage. The undefeated team will go on to play Spain in Friday’s semifinals.

However, his two unsportsmanlike conduct fouls were his crux - leading to an unfortunate ejection with 4:56 remaining.

Greece had been down by 14 points when Antetokounmpo executed his second downfall of a foul, with Germany taking the upper hand for the remainder of the game.

"We really enjoyed the journey. I think that we made a lot of people proud with the way that this team performs. We wanted to go more, but it didn't happen this time."

Germany is now in the running for obtaining its second medal in its past 13 EuroBasket appearances. The team’s last victory was back in 1993.

"I think this is unbelievable for German basketball, the way this team, the way these players have performed on their home soil up to now," said Germany coach Gordie Herbert.

"I think the way they've played, the way we've played, people can relate to. They see an identity."

Franz Wagner and Andreas Obst each had 19 points for Germany in Tuesday’s game.

"It was a really physical game," said Wagner.

"A lot of points. We found our rhythm really early and I think we did a way better job collectively guarding them in the second half."