Hall of Fame broadcaster Marv Albert to Retire after 2021 playoffs 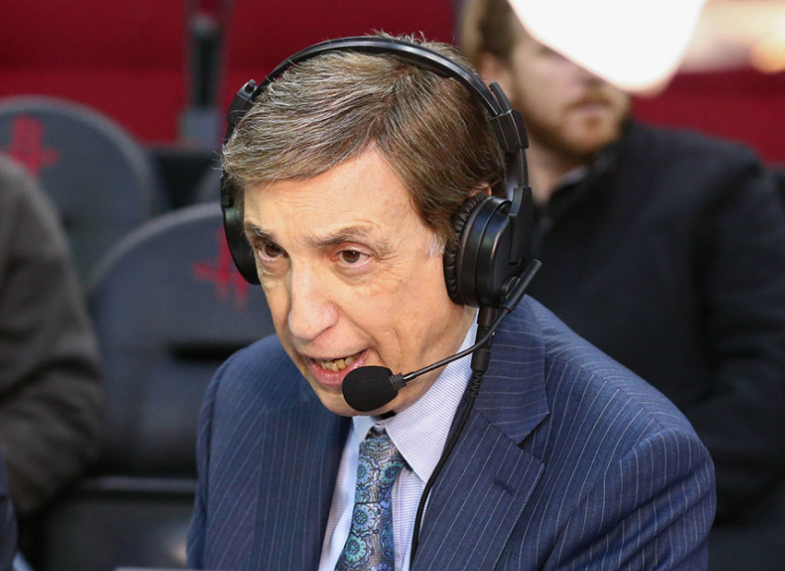 After a 55-years-long career, it’s time for our beloved Marv to make a different kind of call.

Following the 2021 Eastern Conference finals, Hall of Fame broadcaster Marv Albert, who has spent over fifty years as the voice of Turner Sports’ NBA live game telecasts, is set to officially retire.

While Albert may be finally parting ways with his iconic role, his unforgettable voice and unique personality will live on in the minds and hearts of basketball fans everywhere.

“My 55 years of broadcasting the NBA has just flown by and I’ve been fortunate to work with so many wonderful and talented people”, Albert shared. “Now, I’ll have the opportunity to hone my gardening skills and work on my ballroom dancing.”

Through his professional career beginning in 1963 as a protégé of esteemed radio broadcaster Marty Glickman before taking over for him as the voice of the New York Rangers in 1965 and the New York Knicks in 1967, Albert has called 25 NBA All-Star Games, 13 NBA Finals and the Dream Team during Olympics in 1992, amidst manyother game-changing moments in sports history.

It was only a matter of time until the charming Albert would become a fan favourite, with a defining moment during the Knicks’ 1968 playoff run after Knicks guard Dick Barnett banked in a jump shot, prompting Albert to shout for the first time on air: his signature “Yes!” call.

To honor the legendary Albert, Turner Sports will be presenting a half-hour tribute during this season’s NBA Eastern Conference finals, in addition to celebrating some of the most memorable calls throughout his broadcasting career in the NBA Playoffs.

“Marv’s legendary voice will forever be linked to many of the greatest moments in sports history,” commented Jeff Zucker, Chairman of WarnerMedia News and Sports.

“He has entertained and informed generations of fans, and his broadcasting legacy will unquestionably stand the test of time. On behalf of all of his colleagues at Turner Sports, both past and present, I express my gratitude for the profound impact he’s had on the sports broadcasting industry throughout his decades of service.”

Albert has been with Turner Sports for a long 22 years, including 19 years as an NBA play-by-play announcer.

Alongside his role in the NBA, Albert’s responsibilities have also included the NCAA Tournament (2011-15), Wimbledon Championships (2000-02), the 2002 World Championships of Basketball and the 2001 Goodwill Games.

“My first memories of the NBA were of listening to Marv call a game with his signature style, iconic phrases and unparalleled passion. From his remarkable run as play-by-play announcer for the Knicks to his prominent national roles calling our marquee games on NBC and Turner Sports, Marv has been the soundtrack for basketball fans for nearly 60 years. We congratulate him on a Hall of Fame career that is simply unmatched.”

We’ll miss you, Marv - you could never be replaced. We wish you a very happy and blissful retirement!