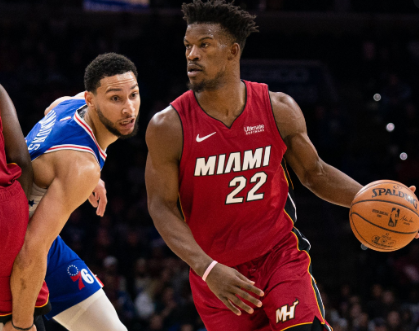 A 31-point defeat should motivate some changes for Philadelphia.

The Miami Heat pulled off a 137-106 victory against the Philadelphia 76ers Monday night.

"We want Jimmy to be aggressive," Dragic said of his teammate. "He's our leader."

"We just want to get better as the season goes on and we knew that this game was important just from the standpoint of being able to go up 3-1 against one of the teams we’re jostling against in this competitive Eastern Conference," said Heat coach Erik Spoelstra. "It matters."

For the 76ers, Joel Embiid led with 29 points and 12 rebounds, with Mike Scott bringing 17 points and Ben Simmons adding 16.

While Philadelphia seems to be doing well with home games, they suffered their 10th road game loss in the last 12 on Monday.

"We're not playing defense the way we can play defense," admitted 76ers coach Brett Brown. "It starts and almost stops there for me.