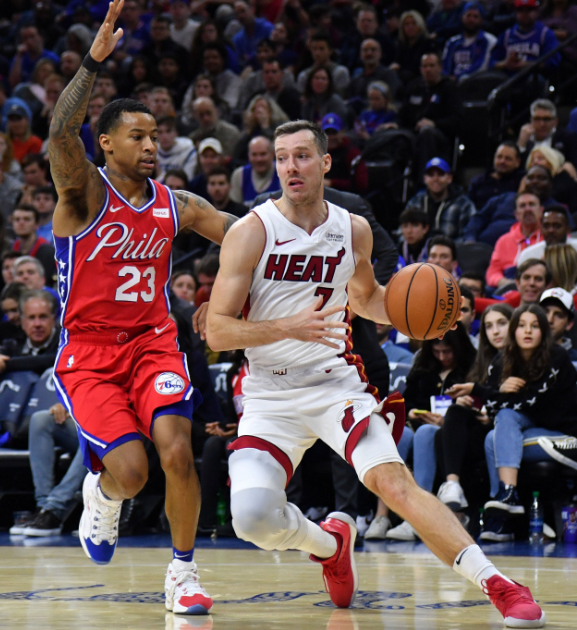 The Philadelphia 76ers had no choice but to say farewell to their flawless home winning streak as the Miami Heat defeated them 108-104 on Wednesday.

The Philly crowd wasn’t easy on the former Sixer Butler who left the team he’d played 55 regular-season games with, including the first round of the playoffs, to join the Heat with a four-year, $142 million contract.

Miami’s head coach Erik Spoelstra told sources that Butler was a right fit for a team in need of a competitive player.

"I feel like I've coached a lot of guys like Jimmy that are adults, that are very serious about winning, about the process of winning," said Spoelstra.

“I think that we ended up overthinking it probably too much," said Sixers coach Brett Brown after the game.

"I feel like it put us on our heels and I don't feel like we responded the way that I thought we would. I think it crept into our defence, it like watered us down on both sides of the ball and finally, we got some life going in the fourth period, but I felt like it was as much a mentality and mood swing as it was anything.”

The Heat play again on Friday against the New York Knicks, with Philadelphia facing the Dallas Mavericks (who also lost on Wednesday against the Celtics).

It’ll be interesting to see which of the two teams bounce back.