James Harden Has Triumphant Return to Houston Since Joining Brooklyn 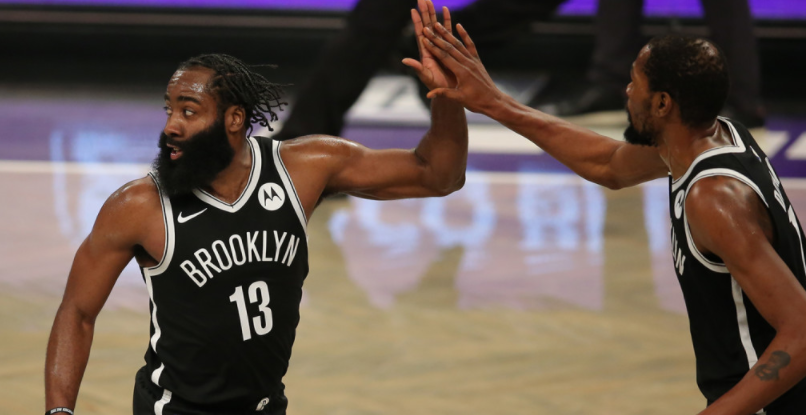 James Harden experienced a mix of reactions during his return to Houston on Wednesday night for the first time since being traded to the Brooklyn Nets.

While Harden did get some boos out of the 3,000-person crowd, more fans embraced the 31-year-old All-Star with cheers.

The 2017-18 MVP even received a standing ovation following a touching tribute video from the Rockets that chronicled his time in Houston.

With remarkable career averages of 29.6 points, 7.7 assists, 6.0 rebounds, and 1.8 steals in 621 career regular-season games, including leading Houston to the playoffs every year in his eight full seasons with the team, Harden deserved nothing short of a warm welcome back to the city.

That said, Harden’s return to the Rockets’ home was a victorious one as he led his opposing team to a 132-114 win, marking his eighth triple-double with Brooklyn bringing 29 points, 14 assists and 10 rebounds.

"A lot of mixed emotions from the fans but I knew that was going to happen," said Harden after the game.

... "Credit to the ownership of the Rockets, the Fertitta family for putting my jersey in the rafters. Hopefully that shows - on the court, off the court - the contributions that I had to this city.

Prior to the matchup, Rockets Governor Tilman Fertitta expressed his appreciation for Harden’s time with Houston.

"James Harden will always be a Rocket," Fertitta told the Houston Chronicle.

"Of course, we will retire his jersey. He made my first three years of owning the franchise unforgettable. The success he brought this franchise over eight years and the memories he created for our fan base/community [are] truly remarkable."