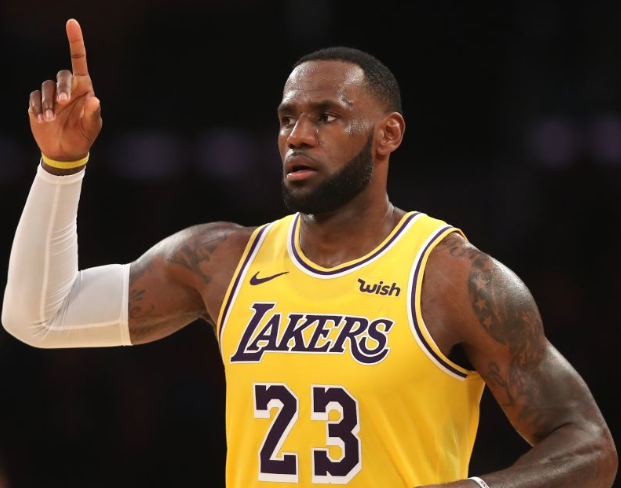 The Lakers-Celtics rivalry is on fire.

LeBron James stole the show in Sunday night’s Los Angeles Lakers vs. Boston Celtics matchup when he led his team to a 114-112 victory in the game’s remaining 30.4 seconds.

"I didn't have much breath left," said James after the game. "Got the wind knocked out of me; been a while since I felt that happen."

James contributed a total of 29 points, 8 rebounds, 9 assists and only had two turnovers Sunday.

"I had been setting [Jaylen Brown] up all night with the back down, to the drop step, to the baseline, so I figured he would sit on it thinking I would try it again," James explained of defending guard Brown.

"So, went to my back down, gave a little 'Dream Shake' to the baseline and was able to open up middle and get my fadeaway."

The fourth quarter wasn’t exactly all smooth-sailing for James, as he collapsed to the floor after colliding with the Celtics’ Daniel Theis. Fortunately, James survived the incident unscathed.

"The more that you're in that environment of a close game, of an intense game like that, I think everybody just gets a chance to grow together," said Lakers coach Frank Vogel.

”I mean, one of the weaknesses of our team is our continuity. We just haven't been in a lot of those situations as a group ... It's all been put together this year.

"I'm super impressed with our guys' ability to work together and still win games throughout the season. Each time we get into a close game like that, win or lose, you learn lessons, you get a better feel for each other that stuff is going to be beneficial for us in the playoffs."

The Lakers’ next matchup will be against the New Orleans Pelicans on Tuesday, with the Celtics playing against the Portland Trail Blazers.