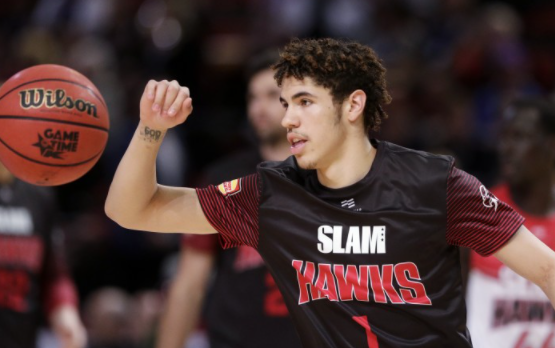 The Ball brothers made NBA history Wednesday night as the first pair of brothers to be selected in the NBA Draft’s top 3, as youngest brother LaMelo Ball was selected by the Charlotte Hornets as the No. 3 pick in this year’s NBA Draft.

Previously in 2017, brother Lonzo Ball had been drafted with the No. 2 overall pick by the Los Angeles Lakers, playing on the team for two years before joining the New Orleans Pelicans during the Anthony Davis trade. He averaged 11.8 points, 7.0 assists and 6.1 rebounds in his first season.

LaMelo had spent the 2019-20 season playing abroad in the NBL Australia League with the Illawarra Hawks, with his time on the team unfortunately cut short due to injury.Yet LaMelo still managed to average 17.0 points, 7.6 rebounds and 6.8 assists in 12 games, which earned him NBL Rookie of the Year honors.

Now, let’s take a look at all of the picks from the 2020 NBA Draft (courtesy of Hoops Rumors). Please note that the picks listed in italics are undergoing trades not technically deemed as official just yet.

So… what are your thoughts on the 2020 NBA Draft results?