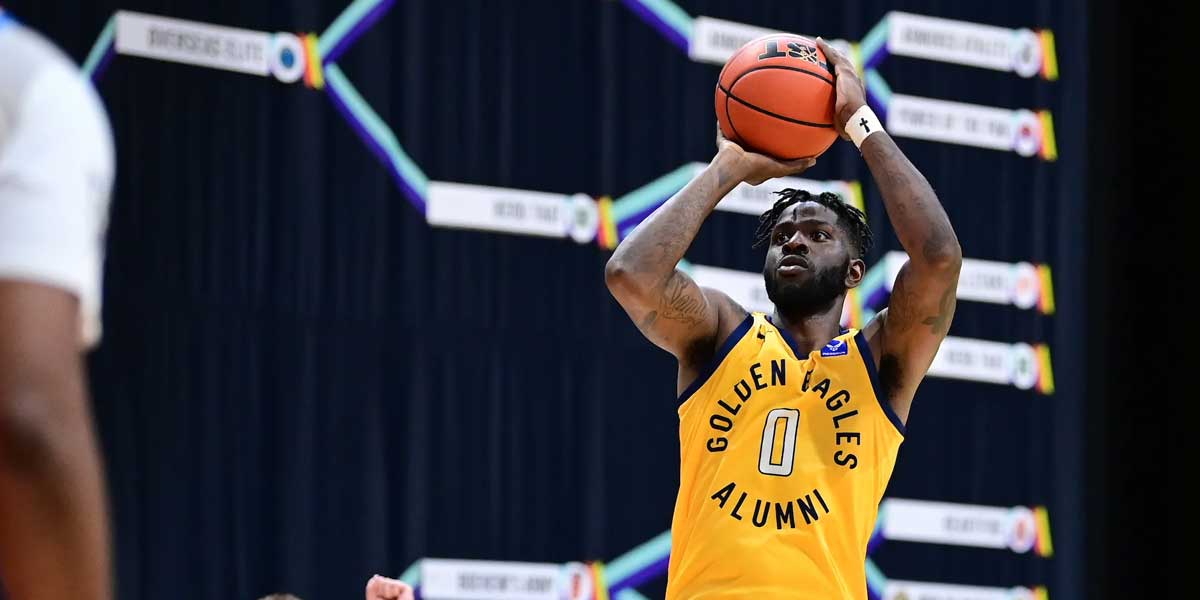 The TBT is a basketball tournament that has taken place every year since 2014. Every year played, the tournament gathers more steam and recognition rises for this incredible event, summer after summer. However, like with the rest of the world, 2020 was different as the entire basketball world was idle so all eyes were on TBT. The tournament was played despite Covid terrorizing this planet and left standing were the Golden Eagles (Marquette), who took down Sideline Cancer in the finals of this 24-team tournament. Along the way, with increased eyes on them, plenty of players impressed the world and here’s a few 2020 TBT participants that would be great fits in the BIG3!

I’ll begin with a member of the championship team, Jamil Wilson. Jamil spent time at Marquette from 2011-14 and has suited up for the Golden Eagles in TBT multiple times. Jamil has made the TBT All-Tournament team twice and led the Golden Eagles to the title by scoring 17 PPG, snagging 6.5 boards per game, shooting 48.9%, and hitting 44.8% of his triples. The 6’7” forward can guard 1-4, is a deadly catch and shooter, and can create for himself. I truly believe that Jamil Wilson is one of the most intriguing options to join BIG3 in 2021. Imagine Wilson playing the role of a big in a 3 v 3 setup, you can throw two guards out there and have a deadly trio of shooters on the floor which would be super tough to defend! I’ll project Jamil Wilson to be a highly sought after player in the 2021 BIG3 Draft... if we can lure him into the 3 on 3 game.

Somehow the seventh leading scorer in the history of college basketball isn’t in the NBA, despite being 24 years old and fresh out of college. The highly decorated forward they call “The Dauminator” teamed up with some Illinois alumni in TBT. Daum played at South Dakota State where he Dauminated from 2015-19, but the NBA never came calling aside from a Summer League invite. The 6’9”, 235 pound, scoring machine put in work at TBT. In three games he scored 18.7 PPG, corralled 8.7 RPG, shot 54.3% FG, and hit 61.5% from beyond the arc. Mike led House of ‘Paign to an upset win over Carmen’s Crew, the defending champs with his 23 points putting the Buckeye alumni to sleep. Currently, Daum has a contract with a pro team in Spain but I have wanted Daum in the BIG3 since the moment his South Dakota State team fell to Western Illinois in the Summit League Tourney and all but ended his historic collegiate career. Simply put, Daum is somebody that could and would thrive in the BIG3. This is somebody that could very well end up being a star in the 3 on 3 game. I have no doubt in my mind that Daum could come over to the BIG3 and be the face of a team with an explosive offense. In 3 on 3, if your big man can play just a little defense in addition to scoring inside and out, thus attracting another defender to help defend you, a lot of things are going to open up. This is somebody I’d build my BIG3 team around, get some guards that can hit threes and heck fours too, get me another big that’ll be a defensive piece and rebound. I like the potential of a Mike Daum led team in the BIG3, I just do.

One of the pleasant surprises of TBT 2020 was the success of Herd That. What a fun team to watch as they chirped and backed it up. Jon Elmore the four-year Marshall star had a very good TBT and impressed a lot of folks. He scored 13 a game, added 8 dimes per, and 5.7 RPG to the mix. Jon did shoot just 31% FG and 36% from three but don’t let that fool you, this kid can shoot and he can score, a lot. Jon is the C-USA’s all-time leading scorer with 2,636 points and he’s made the most threes of all time in the C-USA, with 356 trey balls. Oh and his 783 assists are the most in C-USA history as well. The 6’3” guard is crafty and he’s a sniper, he can also create as evidenced by that nasty stepback three he hit from the parking lot against Overseas Elite. Jon currently plays pro ball in Italy, something tells me he’d love to play in the BIG3 though. And his brother, Ot is a fantastic personality that would be great for the league as well… Imagine Ot and Scal commentating a game together!

Here’s another player from Herd That I think would be a good fit…  it’s JaCorey Williams who played at Arkansas and MTSU. In his three TBT games he averaged 19.3 PPG, 6.7 RPG, and hit 60.6% from the field. The 6’8” Williams recently turned 26 and has a pro contract in Greece. JaCorey has seen time in the G-League where he’s averaged double digit points with ease, but he hasn’t received his NBA shot yet and that’s another miss by the NBA. Williams scored 30 as he put Herd That on his back to lead them to a comeback win over TMT. He’s a really strong presence inside and plays incredibly hard at all times. He’s tough to score on and he’s tough to stop. This is somebody who could bully down low on both ends and see major success in the BIG3.

The 25-year old elite scoring guard impressed the eyes of many this July. No surprise as this was his second stint with Sideline Cancer in the TBT and he helped lead them to the championship game. It was one heck of a Cinderella run for Keene and company. In five games, Keene scored 17.2 PPG, tossed out 4.4 APG, grabbed 5 RPG, shot 44.6% FG, and hit 33.3% of his threes. You may recall Keene from his lone season at Central Michigan where he transferred in from Youngstown State and scored 30 PPG to lead the country in 2017. The NBA had a label on Keene and never gave him a shot, typical. Keene is a very good shot creator that can hit from anywhere on the floor and has no shortage of confidence. He shocks many with his playmaking ability and unselfishness. Get Marcus Keene to the BIG3 and watch a him blossom into stardom. There’s nothing else to be said, he’s a hidden gem hooping Taiwan now.

There are plenty of other great options from TBT 2020… Who caught your eye that you want to see in the BIG3?