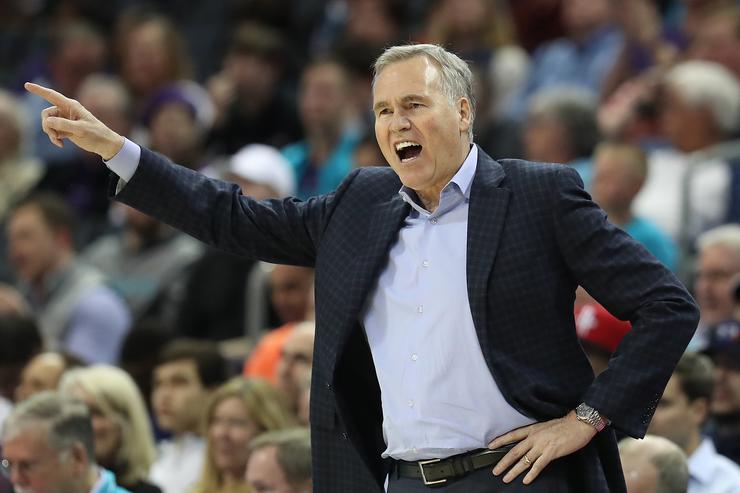 Coach won’t be missing Rockets’ final regular-season game, after all.

Houston Rockets coach Mike D’Antonio, who has been hospitalized with an intestinal virus since last Friday, is expected to be released from care Tuesday.

This means he will be able to rejoin the Rockets as they play their final regular-season game against the Oklahoma City Thunder.

Associate head coach Jeff Bzdelik has been filling in for D’Antonio in the interim, in which both of the Rockets’ home games were a success – beating both the New York Knicks and Phoenix Suns (and breaking their NBA record for most 3-pointers this game.)

“It's pretty simple. Obviously, we love Mike and we want him back and healthy as soon as possible,” said Bzdelik. “But until that time, we have to go out there and try to win games and play the right way”.

James Harden expressed his appreciation for Bzdelik, telling reporters Monday, "We're lucky we have some amazing assistant coaches and mature, vet players on this roster and in this organization to where guys know what we need to do”.

We’re happy to hear D’Antonio is feeling better, and look forward to seeing him back with the Rockets on Tuesday night.

It certainly won’t be a game to miss.