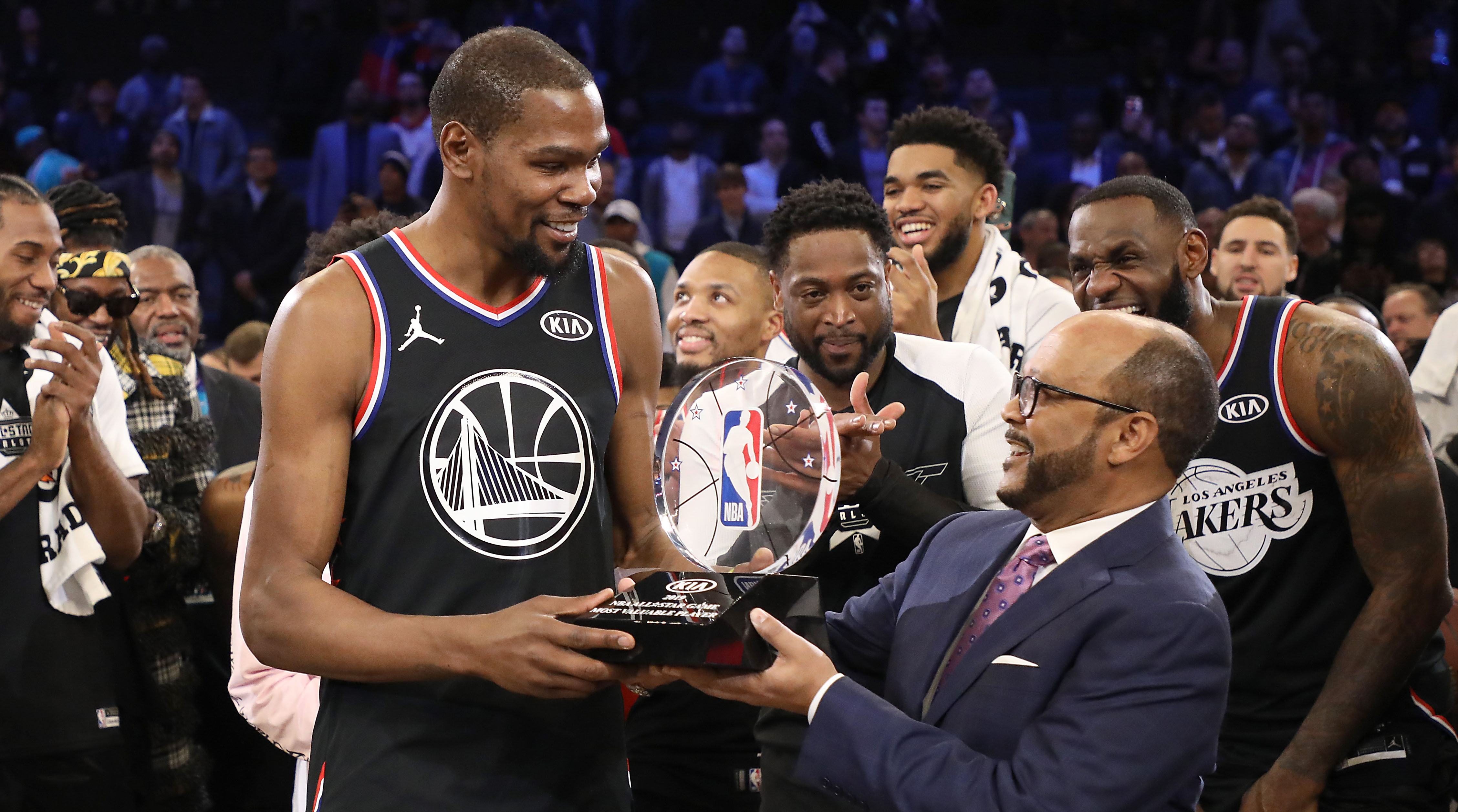 The NBA All-Star Game took place in Charlotte the other week. Team LeBron beat Team Giannis as many expected. Most of the game was close but we all knew LeBron and co would pull away late. LBJ scored 19 and had 8 rebounds. Dwayne Wade and LeBron put together one last iconic alley-oop that Wade stared back at and cherished in the moment. Kevin Durant dropped 31 and won the MVP. As for Team Giannis it was Giannis who led the team in scoring with 38 on an efficient 17-23 from the field, he added 11 rebounds. Stephen Curry went for 17 points, 9 rebounds, and 7 assists including a sick bounce pass alley-oop to Giannis. The legend, Dirk Nowitzki scored 9 points all from three point land and did not miss a shot.

My prediction can be found here: https://www.championsbasketballnetwork.com/CBN-News/NBA-All-Star-Game-Prediction

I saw Team LeBron winning 162-154 over Team Giannis. Well, it was definitely a higher scoring game as Team LeBron won 178-164. A great game and fun event to end the weekend.

Another interesting All-Star Weekend is in the books, next year’s event will take place in Chicago, Illinois.