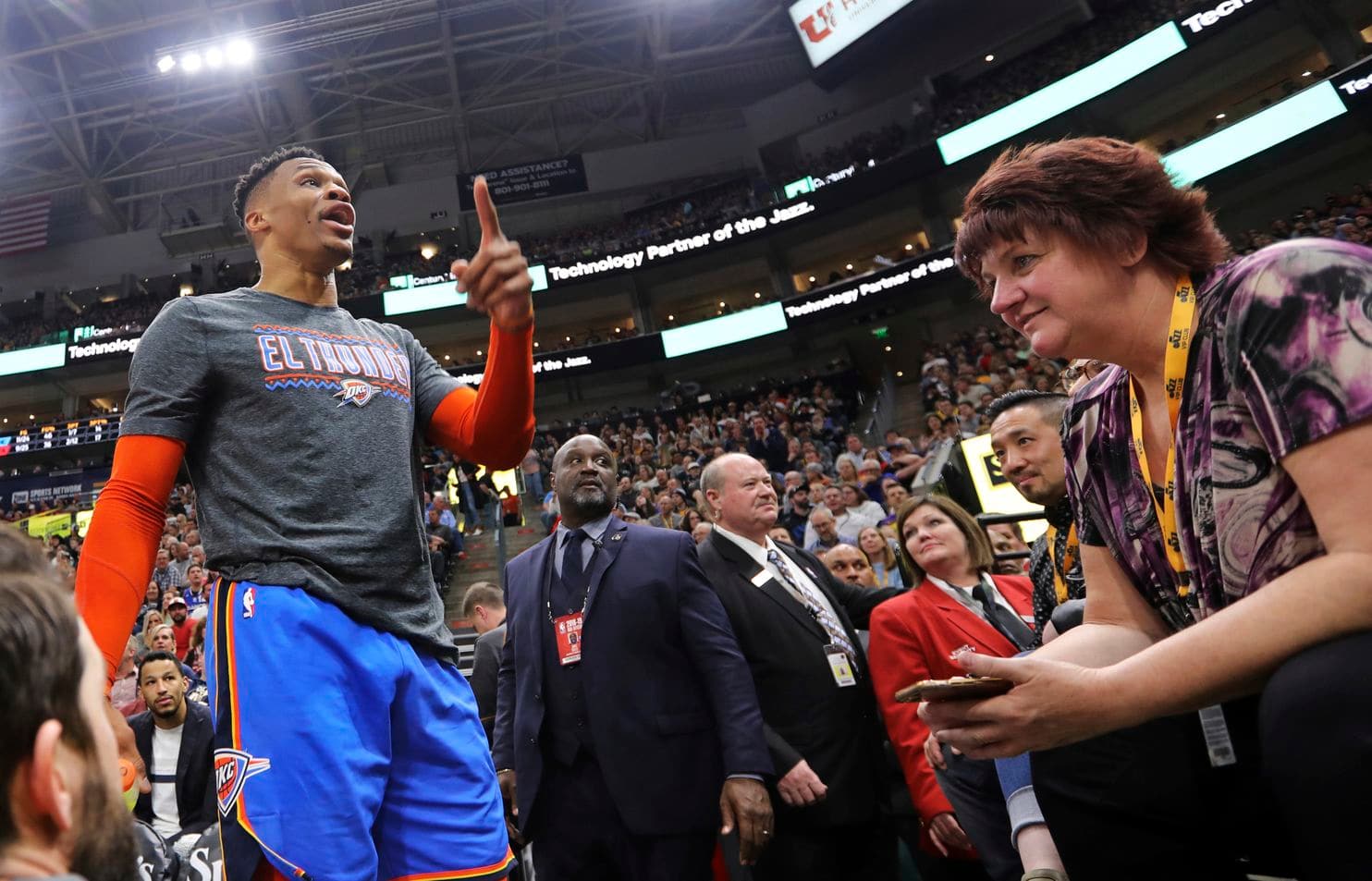 NBA Players and their fans, oh man what a couple. It’s truly a love/hate relationship between the two but hey they seem to make it work most of the time. Fans buy jerseys of these players. Players sign autographs for these fans. What could go wrong?

Well some fans hate players. Maybe the player is on a rival team, is really good, has beefed with players on your favorite team before. It’s understandable, that’s apart of sports. What I do not understand, is the throwing of objects onto the playing field, or making racist remarks to a player. How about the Mississippi State/Georgia game where a Georgia fan threw a teddy bear on the court with .5 seconds left in the game… a tie game! Georgia received  technical foul for this and Mississippi State won the game by one after hitting one technical free throw. Isn’t it sad that almost every venue has to take the cap off a water and throw it away. So a fan is walking around to their seat without a cap on their drink, gets bumped into and half of it spills out. Because one moron threw a cap on the playing field and ruined it for the rest of us. Yikes. Just the other day in a soccer game some dude ran onto the field and punched a player… How does this stuff even happen! It’s really pathetic.

That all leads me to this… The Jazz fan who kept shouting racist remarks to Russell Westbrook all night long. Utah fans have been said to be very racist by many players, Westbrook has expressed this many times and he fell victim to it again. So Russell responds by saying he’d mess up the guy and his wife, you know he doesn’t mean that. He’s not going to ruin his career/life by beating up some fan and a girl. Westbrook was just treating him the way this guy was treating him, like human garbage. Players are not zoo animals, don’t treat them like one. You paid money to go watch the best basketball players in the world show off their skills, why be racist to a guy because he’s having a good game. Then people get mad at Westbrook… like what? I’m sure you’d react the same way after you’ve been heckled like he has all night by the same group of people. The fact the NBA just fined Westbrook $25k is disgusting. Can a man not defend himself and stand up for his people? Disgusting job from the NBA, despicable. The Jazz banned the fan from ever attending another Jazz game again, at any arena in the league. Good job on the Jazz organization for doing the right thing unlike the NBA.

Players and fans will always have a weird relationship. It really is love/hate and it’s dynamic. One day you love a player and the next you despise him. I think Westbrook lost some fans after this incident, which shocks me, he should be gaining fans. Not much else to say about this until the next drunk fan does some idiotic stuff. Ugh.