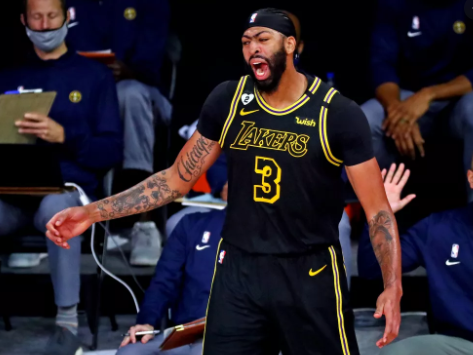 “Even though we are disappointed, frustrated, angry, we'll use that motivation to come out and try to take Game 3.”

The Denver Nuggets are preparing for Game 3 of the Western Conference finals tonight against rival team the Los Angeles Lakers where they’ll have to shake a 2-0 deficit.

No stranger to comebacks, the Nuggets have recovered from 3-1 deficits prior against the Utah Jazz and the Los Angeles Clippers during their two earlier series this postseason.

Denver lost by 12 points in Game 1 of the best-of-seven and came extremely close to a win in Game 2, losing by a painfully small 2 points - giving Los Angeles a 2-0 lead in a playoff series for the first time since the year 2012.

Coach Malone exited the court Sunday night with good faith in his team swinging a comeback in Game 3.

"Some guys like to win, some guys hate to lose," he said.

"One thing I know about our group: Even though we are disappointed, frustrated, angry, we'll use that motivation to come out and try to take Game 3."

A key point of concern for the Nuggets still seems to be the defensive boards.

In Game 2, Los Angeles secured 13 offensive rebounds that included a guard by Danny Green in the final seconds to allow for Anthony Davis’ remarkable hoop. Davis has been the series' Most Valuable Player across two games with an average of 34.0 points.

LeBron James weighed in about one thing he’d wished was different about Davis’ game-winning shot in Game 2.

"I wish we were playing at Staples (Center)," admitted James.

"It probably would have blew the roof off. I would have loved to have that moment."