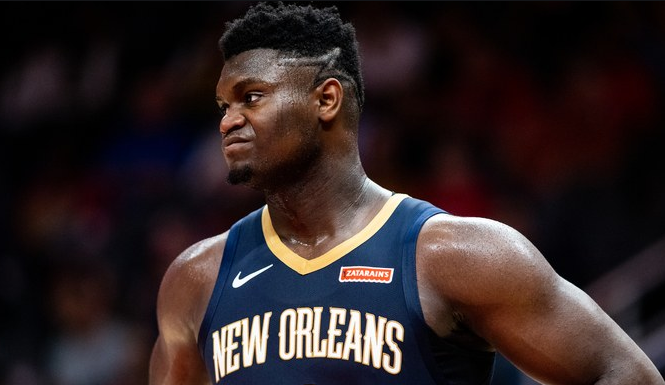 Williamson will be missing a crucial part of the new NBA season.

The New Orleans Pelicans confirmed in a statement that their No.1 2019 draft pick Zion Williamson will be missing the beginning of the NBA season due to a knee injury.

Williamson is reported to have undergone a “successful” arthroscopic surgery Monday on his right lateral meniscus, but is expected to make a return in six to eight weeks.

The 6-foot-7 rookie Williamson, recognized for his superior athleticism and impressive dunks, suffered the injury during the preseason which took him out for the final warm-up game with his team.

This isn’t the 19-year old NBA rookie’s first rodeo when it comes to knee issues.

Williamson has suffered a number of minor knee problems within the past year – with the most notable being a knee sprain last year when his sneaker split in half as he planted his foot, resulting in a few weeks off the court.

Despite his bad luck when it comes to injuries, last year Williamson was named the Associated Press men’s college basketball player of the year; averaging 23.3 points per game in his pre-season with the Pelicans.

The official NBA 2019-20 season begins tonight at 8pm, where the Pelicans will be going head to head with the 2019-19 Champs, the Toronto Raptors in their home arena.

While star rookie Williamson will unfortunately be sitting out this important game, we wish him a speedy and successful recovery.