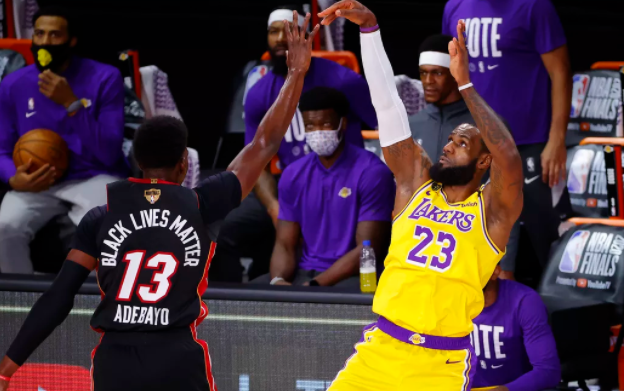 The season start would include Christmas Day games.

Sources tell ESPN that the NBA's board of governors and players' association will hold individual meetings on Thursday, November 5th to come to an agreement on beginning the 2020-21 season on December 22nd, and playing a reduced 72-game schedule.

The National Basketball Players Association (NBPA) plans to take a formal vote of the team player reps late Thursday. Sources also tell ESPN that everything is progressing toward an agreement on a pre-Christmas beginning to the season.

This week the NBPA will also be holding team conference calls which included several yesterday (Wednesday), with discussions surrounding a salary escrow for players in the 18% range spanning the next two years (ESPN).

Sources also say that team reps are anticipated to approve the agreement, and the league and players are still negotiating the exact escrow figure, but it should account for the significant losses in league revenue during the Covid-19 pandemic.

The NBA and NBPA are working toward spreading out the players' salary losses over multiple seasons, in order to avoid the players taking a significant financial blow in one year.

NBA commissioner Adam Silver along with the board of governors are waiting on a formal acceptance on the December 22 date, and both parties expect that will happen this week, sources say.

The league is confident that a December 22 start including Christmas Day games on TV, also allowing for a 72-game schedule that concludes prior to the Summer Olympics in mid-July will be worth between $500 million and $1 billion in both short- and long-term revenues to the league and players, sources say.

Sources also say that the league recently informed teams that 40% of basketball-related income could be lost this season without gate receipts, having been down $1.5 billion last season according to data provided to teams and obtained by ESPN.

The NBA is planning to begin the season without fans present in the arenas, and anticipates it will continue to be this way for a while as the second wave of the coronavirus pandemic prevails.