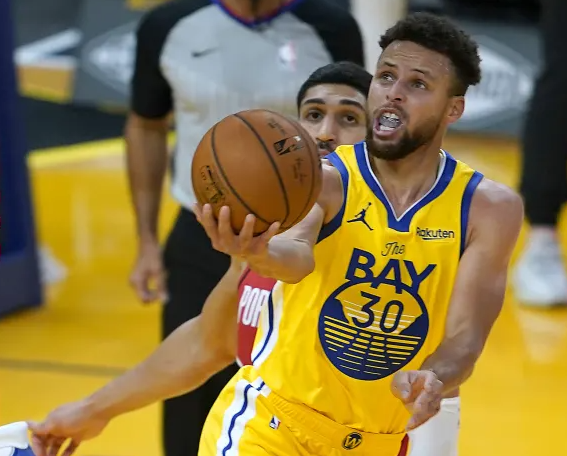 His performance was arguably the strongest of his entire career.

An absolute force to be reckoned with: Stephen Curry is out here breaking even more records, and he’s done it when we least expected it.

With a previous career-high of 54, the Golden State Warriors’ star guard pulled off a new career-high 62 points in a 137-122 win over the Portland Trail Blazers Sunday - leaving teammates and coaches in awe.

"Cue the Jordan meme, right?" Said Curry during a postgame video conference with reporters. "I take all that personally."

Curry finished 18-for-31 from the field, including 8-for-16 from beyond the arc. He was also 18-of-19 from the free throw line and in just 36 minutes had five rebounds and four assists.

Curry became the first player to score at least 30 points in each game half since the late Kobe Bryant back in 2005. "I think that was right up there with the majority of them, with the best of them," said Warriors forward Draymond Green.

"We've seen Steph do so many things here over the years, so many amazing nights at Oracle and now here at Chase.

“And it's just a privilege to coach him, it really is. And not just because of his talent, but just because of the way he carries himself, the way he leads, and we are incredibly blessed as an organization to have Steph leading the way. What a performance tonight."

We don’t know what got into Curry on Sunday night - but we know that it was in him all along, and we’re living for it.

The Warriors play again against the Sacramento Kings Monday at 10pm.