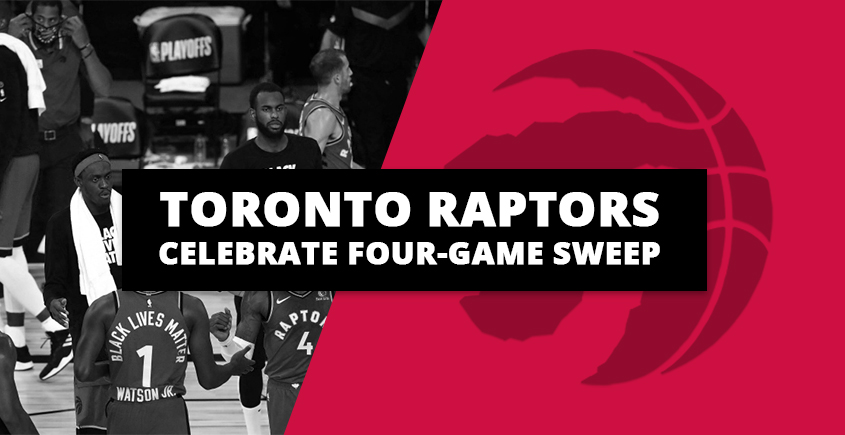 Now, the 2019 NBA champions are prepping for a series against the Boston Celtics.

Last night marked yet another first for the Toronto Raptors in their big 150-122 win against the Brooklyn Nets. With this victory, the team swept a playoff series for the first time in NBA franchise history.

With an NBA-record of 100 points benched, Toronto’s final 150 points also marked the most the team has ever scored in a playoff game.

"It's cool, I guess. My main focus is winning," said Toronto guard Norman Powell, who led his team with 29 points. “Don't matter how we do it, by 30 or a point. I just care about winning. It's a cool little record to have. But I'm not going to harp on it or think about it. On to the next one."

Serge Ibaka also hit a personal playoff record last night, with 27 points and 15 rebounds at just 19:50 minutes into the game.

"They're a great team and they are playing some of the best basketball right now," said Ibaka of the Celtics, whom they will be facing in Game 1. “We have confidence against them, and we know it's not gonna be easy. We have to come to play our best basketball against them.”

There is, however, great concern over Kyle Lowry’s left foot injury - as the 34 year-old point guard could only play nine minutes in Game 4. Further investigation is needed with an MRI.

"You certainly want your best players out there -- without question," said NBA Coach of the Year Nick Nurse after the game.

"But sometimes you don't have much choice. That's something we've become accustomed to in this league. You have to go out there with who is healthy and who is available. You have to think there's a good chance you can figure out a way to win. That's what we'll do either way."

The series will begin on Thursday according to the NBA - which will allow both teams to get some necessary rest. Needless to say, Nurse is on board with a brief break.

"Well we certainly could use a little bit of rest, these games are coming really quick," shared Nurse. “That was a fast first round for both teams really. A lot faster than normal. That first round usually goes so slow."

The big question is, will injured Lowry be strong enough to return for Game 1 against the Celtics? If one thing’s for sure, Toronto is hopeful.