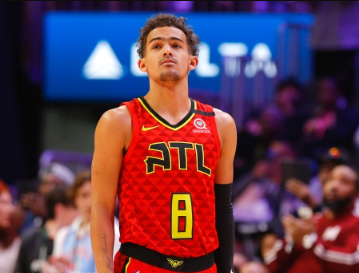 The Atlanta Hawks’ Trae Young expressed his discontent regarding his team not being included in the restart of the 2020-21 NBA season.

"I was mad," said Young said on a video call Wednesday. "I was frustrated. Obviously I wanted to play. I understand what the NBA did and respect their decision. But I am kind of upset because I want to play."

Only 22 of the NBA’s 30 teams have been selected to participate in the league’s season restart in Orlando, Florida.

Young was able to get in some play time last week in a game organized by the Skinz League in Oklahoma City.

"I was just itching to play," said Young. "I have been wanting to play. That was actually one of the first times I touched a ball in a long time.

“I wanted to make sure it was safe for me to even go and play. It has been a long time for me -- like, I don't know when the last time I've spent three months without playing a game."

Hawks general manager Travis Schlenk said Tuesday that he was one of the people to have discussed with the league office about organizing some type of offseason competition for the eight teams excluded from the season’s resumption.

Young, missing his teammates, said he has been in contact with some of them about meeting up in Atlanta or Las Vegas to work out as soon as the Hawks’ coronavirus safety protocol allows for it.

"We can't go five, six months without seeing each other," said Young. "We are trying to take this to new heights next year."