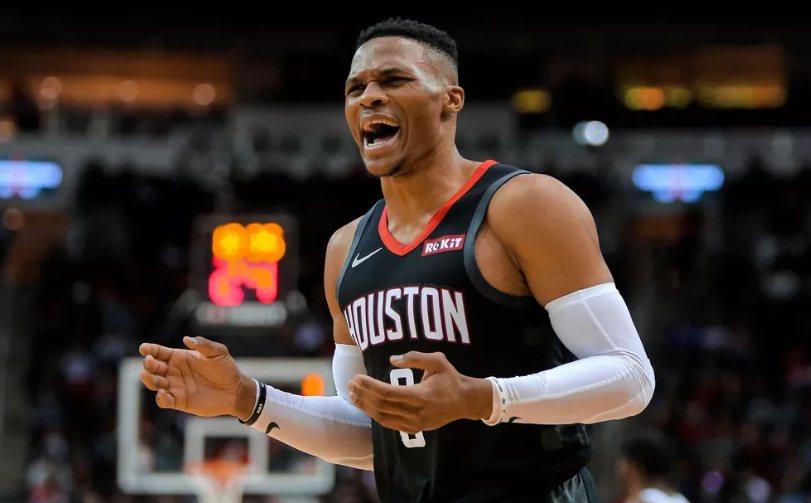 The Houston Rockets’ Russell Westbrook will be making a return to the Chesapeake Energy Arena in Oklahoma City as a visitor on Thursday night.

Seeing as he played for the Thunder for 11 seasons, surely Westbrook can expect some emotions to surface with his return.

"Obviously, it's going to be different, No. 1," Westbrook recently told sources.

"But just overall, obviously that place is always going to be special to me because I grew up there. I spent a big part of my career there, met a lot of people there, good organization, great people, nothing but great things come from me being there."

Before the game on Thursday, a video tribute will play in Westbrook’s honour.

"Russell was a catalyst for a lot of incredible moments and memories for our fans, but it is his relentlessness, longevity and commitment that defines his legacy in Oklahoma City," said Thunder general manager Sam Presti in a statement anticipating Westbrook's return.

"It's going to be a unique moment when he steps back on the Chesapeake floor, a chance for people to recognize someone that will always figure prominently into the history of our city."

The last time Oklahoma City hosted a former longtime star was when Durant returned in 2017 with the Golden State Warriors. He was booed relentlessly and there was no official recognition of Durant's time with the Thunder.

Needless to say, there’s been a storm of anticipation leading up to the moment Westbrook sets foot in the Chesapeake arena.

So… will Westbrook’s special return to Oklahoma jinx Houston’s three-game winning streak or will it more so be the charm for a fourth straight victory?