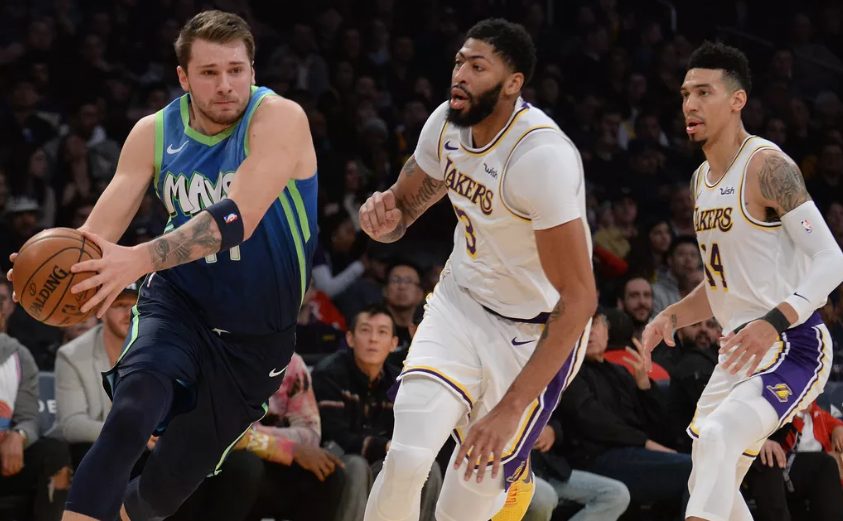 It was nearly a year ago that Luka Doncic of the Dallas Mavericks first competed against the man he had idolized all his life: LeBron James.

"I remember that day," said Doncic on Sunday.

"Just growing up, I used to watch him a lot. It was something special that game."

And just last night in a 114-100 win against the Los Angeles Lakers, the 20-year old NBA Rookie of the Year shot an unforgettable 3-pointer over King James in the game’s fourth quarter.

He also led the Mavs with 27 points, 10 assists, nine rebounds and three steals; breaking a tie with James for the most by a player before turning 21 in NBA history (ESPN Stats & Information research). Dallas players Kristaps Porzingis, Dwight Powell, Delon Wright and Justin Jackson also scored in the double-digits.

”It’s a great win that means a lot to us," said Doncic. "It shows that we can play against big teams too. We just need to keep it rolling.”

Equipped with the best-rated offense in the franchise, it’s no surprise the Mavs can play so well against the NBA’s top talent.

“They pushed the tempo a lot more, played with better pace than us,” said James. “Couple calls went against us and kind of changed the momentum of the game.”

Sunday’s game saw the Lakers make a total of only nine offensive rebounds, and forced the team to say goodbye to a 10-game winning streak. LeBron James along with Anthony Davis were also the only players contributing over 10 points to the game (James 25, Davis 27).

“I believe in our guys,” said Lakers coach Frank Vogel. “If we play to our abilities, there’s nobody we can’t beat and nowhere we can’t get a W. So we got to make sure that we respond from this and bounce back.”

“Realistic is the mindset,” said James. “It’s not about, sometimes you lose games in a row. Just having that mind-set and that approach.”

The Mavericks play again Tuesday against the New Orleans Pelicans, with the Lakers going up against the Denver Nuggets.