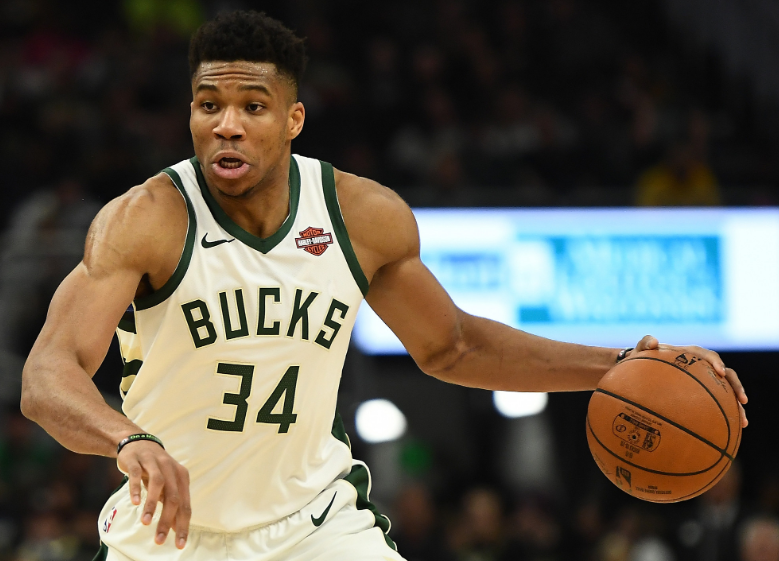 He is also now the 7th Bucks player to ever notch 10,000 career points.

Giannis Antetokounmpo of the Milwaukee Bucks did not fail to bring his A-Game in Monday’s 111-98 victory against the Chicago Bulls.

The 25-year-old MVP made his fourth triple-double of the season with 28 points, 14 rebounds and 10 assists, while scoring his 10,000th career point with 4:30 left in the fourth quarter.

Antetokounmpo also joins the legendary Kareem Abdul-Jabbar as the only players in franchise history with 10,000 points and 4,000 rebounds.

Despite the Bucks’ win, the team still committed 23 turnovers, with Antetokounmpo committing eight - that of which didn’t seem to phase him or “slow him down”.

"A game like this, it's kind of a tricky game," said Antetokounmpo.

"We're about to leave to go to Paris, we've got to take care of our family here, make sure everything's right. You've got to make sure you pack your bags, all that other stuff. It takes away from the game."

"Chicago makes it hard on you," he said. "They force a lot of turnovers, they're active defensively."

"We just kept fighting and scrapping," said Bulls coach Jim Boylen. "If we have a normal shooting night from the 3, it's a different outcome."

The winning Bucks play again on Friday to face the Charlotte Hornets, with the Bulls facing the Minnesota Timberwolves on Wednesday.

More on the Millwaukee Bucks and Giannis Antetokounmpo (2019-2020 Season):