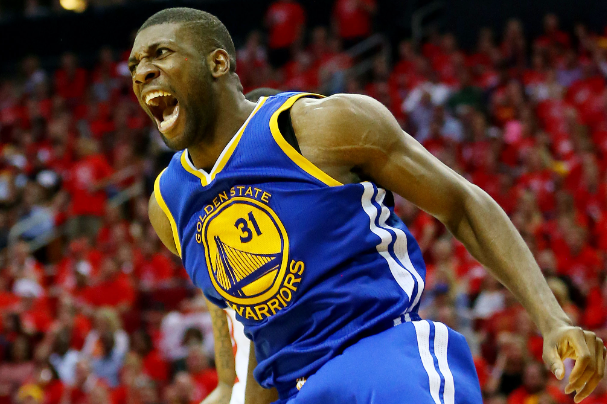 “Just a team of amazing, incredible people with one goal who work their tails off to get that thing and everybody's selfless along the way."

According to center Festus Ezeli, who signed onto the Golden State Warriors back in 2012, the team’s secret to success and becoming serial champions all boiled down to their special philosophy: performing with selfless teamwork.

Since winning the 2015 NBA championship with Golden State in 2015, Ezeli tragically suffered injury requiring him to leave in 2016 and undergo knee surgery in 2017, preventing the now 32-year-old from playing again until 2021.

Regarding his early career days with the Warriors, Ezeli had told ESPN while at the University of Cape Town for NBA Africa Day with the Rise Residential Summit:

"We started this whole dynastic run. We were young; we were naïve. We just believed that we could accomplish these great things. We didn't know how hard it was going to be along the way.

"My college coach has this quote: 'It's amazing what can be accomplished when nobody cares who gets the glory.' That's what that team is -- just a team of amazing, incredible people with one goal who work their tails off to get that thing and everybody's selfless along the way."

A group of 100 specially-selected youth aged 15-17 coming from 42 countries attended the Rise project event, which aims to celebrate youth excellence.

He continued: "The reason why [the Warriors] are still good is because they learned something: after every game, they count all their passes. There are some games where we win by 30 and [the] coach is like: 'That's not acceptable, because we didn't hit our number of passes we were supposed to get.'

"The idea is, the ball is energy. If you move the ball, everybody is included. Back to the original point I gave you: it's amazing what can be accomplished when nobody gets the glory."

When Ezeli had left the Warriors in 2016 with knee complications, Kevin Durant joined on. Ezeli commented on KD being ‘arguably one of the best basketball players in the history of the game’ and that any team‘will be lucky to have him’.

"I don't understand the politics of the NBA. I don't play. There are people who are paid to do that, but I do understand that he's an asset that everybody should love to have on their team,” Ezeli said of Durant.