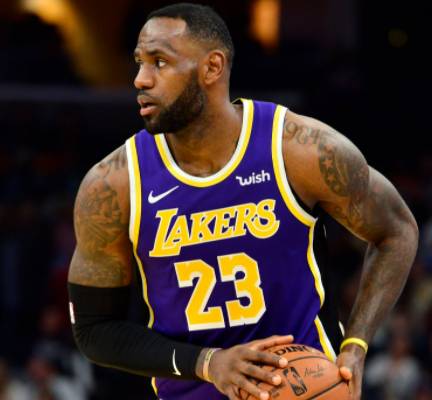 “I thought our attitude after that game was wonderful in terms of a lot of guys wanting to do better.”

Lakers star Anthony Davis said that last weekend’s 115-90 loss to the Portland Trail Blazers may have been a turning point in the team’s season.

"After that Portland loss, we took that personally," said Davis said of Saturday's defeat. "We're not that type of team. No energy. No effort. A little bit of selfishness. And we just tried to change that."

For Wednesday’s contest against Miami, the Lakers had only nine active players — void of LeBron James for the fourth consecutive game due to an abdomen strain, as well as losing two additional rotation players Rajon Rondo and Austin Reaves due to hamstring strains while also losing injured Talen Horton-Tucker, Kendrick Nunn and Trevor Ariza, as well.

The Lakers concluded the fourth quarter with a 15-6 run in the remaining 4 minutes and 36 seconds, excelling with key performances from Russell Westbrook, whose 25 points, 14 assists and 12 rebounds marked his third triple-double of the season, along with Carmelo Anthony, Avery Bradley and Malik Monk.

"Tried to find ways to get wins while everybody is back getting healthy," commented Davis, who contributed 24 points and 13 rebounds in 45 minutes.

"So, these last two games have definitely been fun, for sure. Guys are having fun. Guys are realizing and starting to realize how good of a team we are."

Coming off of a not-so-hot season against the Trail Blazers, Los Angeles will need to keep up this attitude moving forward if they want to avoid slipping back into a position of defeat.

"We B.S.'d the game in Portland, and we all know it," Westbrook admitted.

"And since then we know what it takes to win. If we win the game, lose the game, we know that if our effort was there, we can live with the results. And we understand as a team that we know that we like our chances when we're playing high, the energy and the effort is high, we give ourselves a chance to win."

Worth mentioning, however, were the eight turnovers Westbrook had against Miami - even after bringing the issue up with his teammates in practice.

"We had that conversation about what he wants to see from us so we can help him cut down the turnovers," said Davis prior to noticing Westbrook’s total in the box score. “Just when I say that, he had eight.”

But above all else, Davis was beaming with pride about his teammate. "One thing about Russ, he has no conscience," said Davis. "He can miss 20 in a row, he's gonna shoot the next one. Two big-time shots. He's fearless, relentless."

"I thought our attitude after that game was wonderful in terms of a lot of guys wanting to do better,” said Lakers coach Frank Vogel.

“This group is going to be all right. It's a little bumpy early, but we believe we're going to do special things this year. So it was a great response in the last two games."

The Lakers play again tomorrow (Friday) vs the Minnesota Timberwolves, with the Heat facing the Los Angeles Clippers tonight (Thursday).