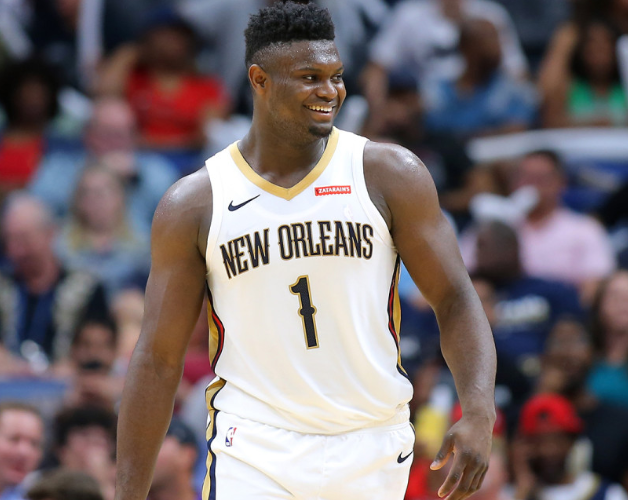 As frustrating as the wait may have been for Williamson, it was better not to rush anything.

The New Orleans Pelicans have just released a prospective date for Zion Williamson to make his NBA regular-season debut after recovering from a right knee injury and surgery for longer than anticipated.

The target debut date was revealed by Pelicans executive vice president of basketball operations David Griffin on Wednesday, said to be January 22nd during a home game against the San Antonio Spurs.

"This process has been one that has been really, really good," said Griffin. "We've learned a lot about him. We're getting the point where we think he is as ready as he thinks he is. We're moving in the right direction."

Griffin explained how “Zion knew from the very beginning” that he’d eventually be able to play, and wanted to, though the Pelicans never considered it.

"The nature of his injury wasn't such that that was called for,” Griffin said. “Other players that have had to make that determination, they had a much more significant surgery.”

Setting a target date would also help take some of the pressure off of Williamson who is constantly being pressed about his eventual return, Griffin explained.

"While he would have liked to have played already, he was very grateful we were going to put a target on it because I don't think he gets asked anything by anybody anymore other than 'When are you going to play?'

Williamson made his first return to full practices beginning January 2nd, but the Pelicans were finding it challenging to get in more practice time between so many games (including three games in four days during a recent road trip).

"Yesterday, the work Zion did was as good as I've seen to this point -- better than he was in the preseason," said Griffin. "We feel like he will be a bigger, better version of himself. A healthier version of himself going forward. But the timing of this has been difficult."

While it’s been tough, Griffin stresses, it’s been necessary.

"My job is to put him in the best position to succeed," Griffin said. "I get the frustration of it. I also hope we'd have a trust level right now that says, you know we're going to do the right thing for the kid long term and that's what we made the determination to do."

Congratulations, Zion. You knew you’d be back in the game - and that time is near.