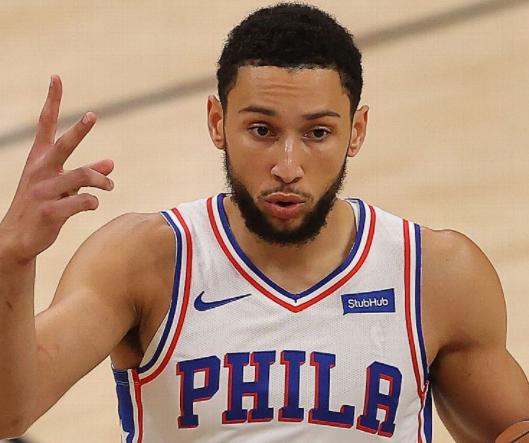 “They want to win, and they look at Ben as a guy who can help them win."

Philadelphia 76ers coach Doc Rivers commented Monday night that the Sixers have wanted All-Star Ben Simmons to come back and play for the team since “day one”.

"Listen, we've said from day one what we wanted," said Rivers preceding the Philadelphia vs. Brooklyn Nets game at Wells Fargo Center. "We'd love to get him back.

"Other than that, honestly, there's nothing to report. Our position hasn't changed at all."

Furthermore, earlier Monday sources had told Adrian Wojnarowski of ESPN that Simmons could make his return as soon as sometime during this week.

Sources also said that Simmons could potentially soon contact team management, which hasn’t occurred since the two sides met in Los Angeles back in August.

Simmons has lost over $1 million in salary due to his failing to report to the Sixers, including Monday’s game against the Nets. He currently has four years and $147 million remaining on the maximum contract extension signed inn 2019, which includes $33 million for this 2021-22 season.

When asked about how the teammates would receive Simmons if he were to return this week, coach Rivers expressed no worries.

"That is the one thing that I think is probably overplayed more than anything. I've been a player and this has happened before, and I was the player that has done it before, and yeah, other than the first 10 minutes of welcoming back and taking crap from your teammates about missing camp and stuff. ...

"Guys want to win. They do. I'm telling you. Especially if you're on that type of team where you have a chance to win. They want to win, and they look at Ben as a guy who can help them win."

Rivers made the assumption that Simmons would be prepared to perform in next Wednesday’s game vs. the New Orleans Pelicans, followed by the home opener on Friday vs. Brooklyn.

”I don't know [since] I haven't seen him," said Rivers. "My guess would be yes, but I can't guarantee that."

Finally, Rivers shared that there was zero concern regarding Simmons’ motivation to play provided he returns to Philadephia.

"No, I'm not [concerned],”shared Rivers. "I'm not, honestly. We've been around this before, haven't we? We really have, in different ways, and my guess is when, if he comes he will be ready to play."