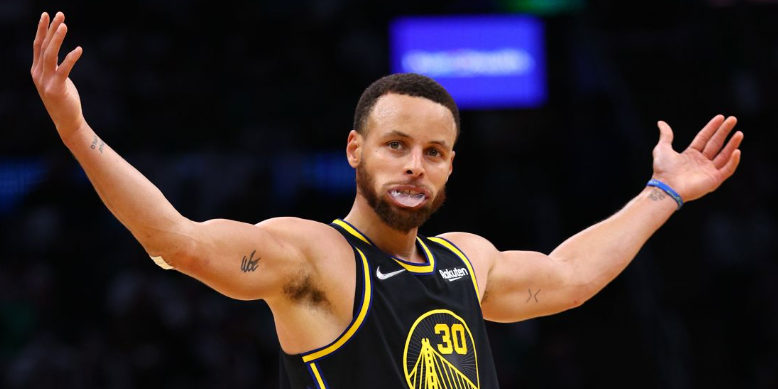 Curry being ‘one-dimensional’ has got to be one of the NBA’s most unpopular takes.

On a recent episode of the Players Choice podcast, former NBA player Mike James made some interesting commentary about eight-time All-Star and four-time champion Stephen Curry.

For those who may not remember, James recorded 49 NBA games with the Phoenix Suns, New Orleans Pelicans and Brooklyn Nets across the 2017-18 and 2020-21 seasons. Presently, he plays ball in Europe.

With Stephen Curry missing from that list, it turns out there wasactually an intentional explanation for that.

"Steph, how he plays and how he gets stuff off, it's just kinda one dimensional at times," said James. "He's not the primary ball-handler a lot, and for a point guard that kinda bothers me."

"I think those other five can do whatever they want to do on any team in the world right now," he added. "I just don't know about that for Steph. It's a little murky for Steph… If you put him in Minnesota, he would still kill, but I don't know if it would be the same."

And so the narrative that Steph is only who he is because of the Warriors circulates again. One could easily argue that however that the fact Curry isn’t the primary ball holder - a fact clearly not lost on James - is exactly what makes him not ‘one-dimensional’.

At his yearlyCurry Camp, Steph was asked about how some of his campers would manage against him in a 1-on-1 matchup. This is when he took the opportunity to include a playful reference to James’ criticism.

After a brief moment of silence, Curry let out a laugh. "I'm sorry, I'm petty. I'm so petty! Keep it going, I like that one a lot."

If one thing’s for sure, it’s that Curry keeps the right attitude. Whether it’s the ball or unsavoury feedback bouncing his way, the man will handle it like the pro he is.