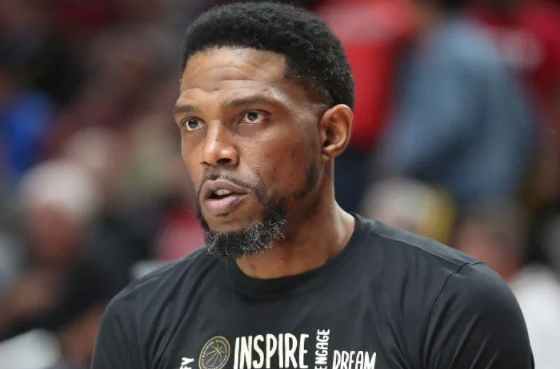 It’s official: Udonis Haslem is back with the Miami Heat.

On Sunday, the 41 year-old Haslem signed the 10th contract of his career to re-join the Heat for a 19th season. The deal is for one year and is worth around $2.8 million.

He leads the franchise's all-time list in rebounds, is second in games and minutes played and is seventh in scoring.

Leading the Heat’s all-time list in rebounds and being second in games and minutes played/seventh in scoring, Haslem is the oldest player to have played in a game last season, being nearly 2½ years older than Anderson Varejao.

As Haslem doesn’t spend a whole lot of time playing for the Heat (with just five appearances across the past two seasons and only one last season), Heat coach Erik Spoelstra still considers him to be an essential player for a variety of reasons.

This includes the fact that Haslem tends to set a great example for the other players in practice, and how he places great value in the role of being captain of his hometown team.

"Udonis Haslem has agreed to come back and play the game he loves so much," announced Heat president Pat Riley in a release regarding the signing.

"What he loves more than that is to be on the court teaching and competing against the world's best. UD is a legacy player ... one player, one city, one team. Thank you, UD, for coming back to lead again in your city, your organization and your team."

When Haslem made his lone appearance last season, he made some rather memorable moves.

Scoring four points, making a rebound and drawing a charge, the player was whistled for two technical fouls - getting ejected from the Philadelphia 76ers game all within a span of 2 minutes and 40 seconds.

"If this is the last one, I finished it the only way Udonis Haslem could -- with an ejection," said Haslem on that night, May 13th.

According to the Associated Press, Haslem is just one of two players (Dwyane Wade being the other) to have made appearances on all three of Miami’s NBA championship teams, and is the only player to have stayed with the Heat through all six of their Eastern Conference championship runs.