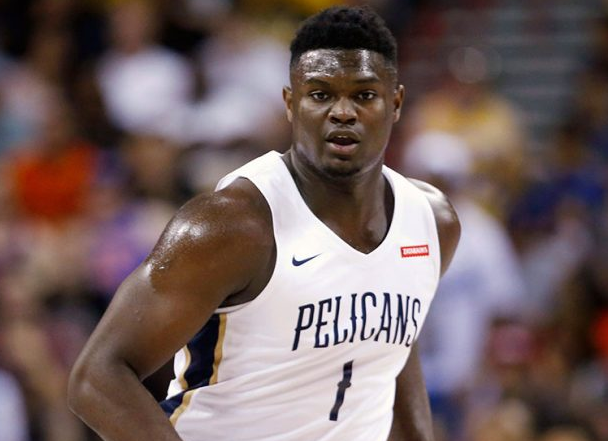 “I'm just looking to go join in and have some fun."

"This is my first NBA game. This is business now," Williamson shared when asked about how Wednesday’s game compared to his Duke debut.

After missing the first 44 regular season games due to knee issues, Williamson will be making his NBA debut against the San Antonio Spurs at 9:30pm ET in an expectedly sold-out Smoothie King Center, home to the Pelicans.

"Honestly, I don't know if I'm going to get sleep," said Williamson on Tuesday. "I'll be too excited thinking about my first NBA game."

Understandably so, the lead-up to this day has taken a front seat in Zion’s mind. Catching those critical ZZZ’s, especially the night before, would be a challenge for the 19-year-old rookie —as it would for anyone.

Williamson shared how much he’s been embraced by the city of New Orleans anticipating his special debut.

"It's been great man," said Williamson.

"The city is beautiful. The people are beautiful as well. They're welcoming. I feel like they adopted me a bit. They show love everywhere I go. They tell me they can't wait until I get out there."

The Pelicans began the season 6-22, but have since been able to turn things around. Of their last 16 games, the team has won 11, setting a buoyant stage for Williamson’s return.

"We did go through a bad stretch, but things have turned around," said Williamson. "Everybody's been playing better. I'm just looking to go join in and have some fun."

We’re excited for you, Zion. (And we hope you’ll be sleeping like a baby tonight).